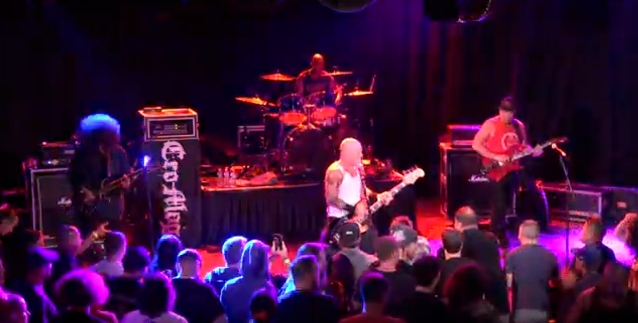 Church Of The 8th Day has uploaded video footage of CRO-MAGS' October 18 concert at The Roxy in West Hollywood, California. Check it out below.

Earlier this year the band released their first new music in nearly 20 years with the EP "Don't Give In".

Flanagan recently reached a settlement with singer John Joseph and drummer Mackie Jayson regarding ownership of the CRO-MAGS name. Flanagan will now perform under the name CRO-MAGS while Joseph and Jayson will perform as CRO-MAGS "JM".