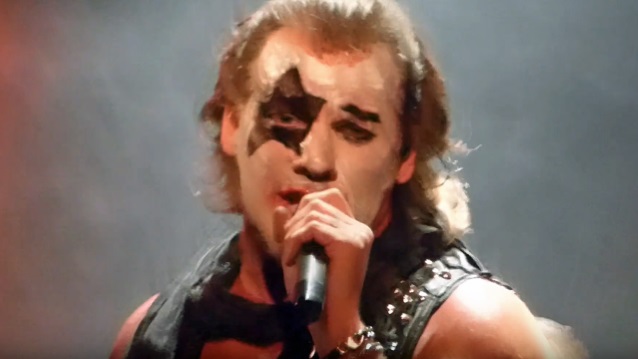 Chris Jericho donned Paul Stanley's "Starchild" makeup for FOZZY's Halloween (October 31) concert at The Live Rooms in Chester, England. Fan-filmed video footage of the performance can be seen below.

Jericho, who wrote in his book "A Lion's Tale: Around The World In Spandex" that he dressed as the Starchild for "a record-setting seven Halloweens in a row, told Fox Business in a recent interview that the KISS frontman helped encourage him to accomplish his dreams and to ignore naysayers who doubted him.

"It's a great quote from Paul Stanley: 'The only people that tell you you can't do something are the ones that have failed. I'm not going to tell you [that] you can't do something because I did it — you can do it,'" Jericho said. "When I heard that at sixteen years old … I didn't care at that point what anyone else thought, I still don't. If I believe it and I can see it and I know that I have the resources to do it, I'm going to do it."

Jericho said that he became friends with Stanley in 2014 because the KISS guitarist/vocalist's son Colin is "a huge wrestling fan" who wanted "to get some videos of some wrestlers saying happy birthday. So I kind of took charge of it and suddenly Paul Stanley and I were exchanging numbers because Paul was so excited about making his son happy," Jericho recalled. "To repay the favor, he's, like, 'I'll do your podcast.' So I went to Las Vegas to see the KISS residency and Paul does my show and suddenly he loves what I do and we start talking all the time to the point where, I'm not saying this to be a name dropper, but I just talked to him last night on the phone for lil five minutes because we had something to discuss. We're just two dudes now, which is real cool. It happened to me in wrestling too, where you go from someone who you're in awe of to someone you have an acquaintanceship with, to an okay friend, to someone you become a peer with and then suddenly you're just dudes."

He continued: "That's the strangest thing about it to me. 'Yeah, Paul's calling. I'll call him back in a bit.' That's a cool thing. Here's the best thing about meeting people who are kindred spirits; once you break down the wall, so to speak, you realize that we're just guys that have a cool job with similar interests and you can sit down and talk about THE BEATLES for an hour. We're all the same."

FOZZY's latest album, "Judas" was released on October 13 via Century Media. The production duties on the disc were handled by Johnny Andrews, who co-wrote FOZZY's "Lights Go Out" track back in 2014 and has written songs with the likes of ALL THAT REMAINS, THREE DAYS GRACE and HALESTORM in the past. 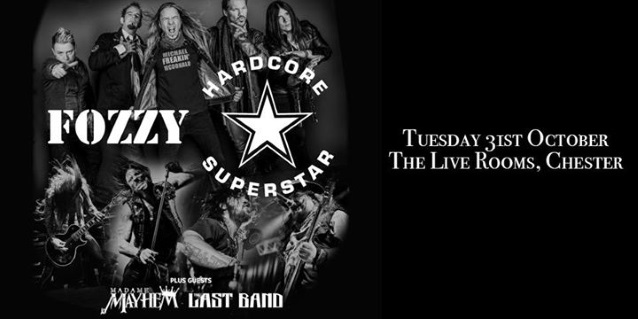