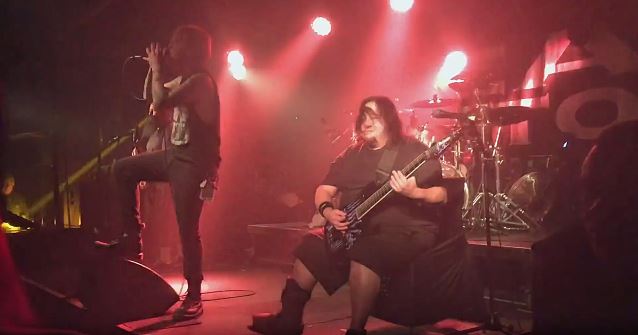 Fan-filmed video footage of FEAR FACTORY's June 11 peformance at The Assembly in Cape Town, South Africa can be seen below.

As previously reported, FEAR FACTORY's Dino Cazares tore a muscle in his right foot after the band's June 5 show in Melbourne, Australia. The guitarist saw a local doctor, who told him that he could not put any pressure on the foot for the following two weeks. As a result, Cazares sat in a chair for the last four concerts — the final two dates on the Australian tour, as well as the two South African shows. 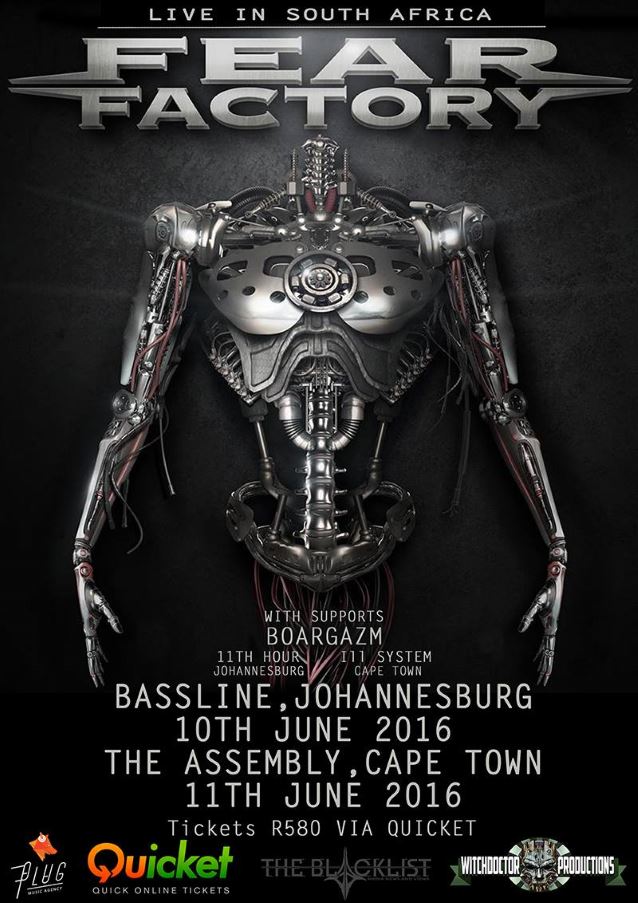