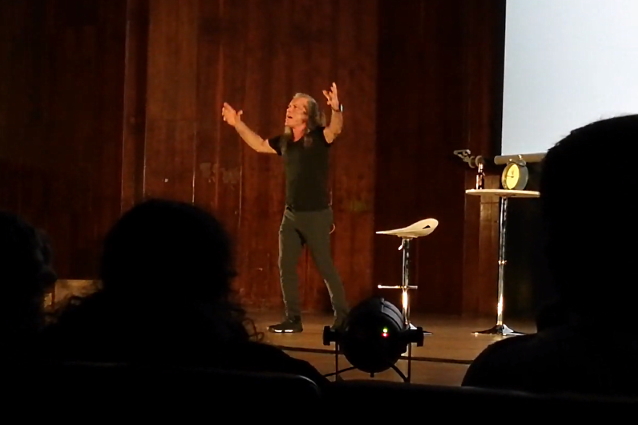 Fan-filmed video footage of Bruce Dickinson ending his spoken-word show in Libson, Portugal on December 8 by belting out an a cappella version of "Chemical Wedding", the title track of his 1998 solo album, can be seen below.

Last fall, the IRON MAIDEN singer spoke to the New Zealand TV show "The Project" about his speaking tour, which features the rocker sharing stories from his autobiography, "What Does This Button Do?",

Dickinson, who turned 61 in August, has several other interests beyond music. He is a licensed commercial pilot and owns an aviation company. He has also done some acting and brewed beer.