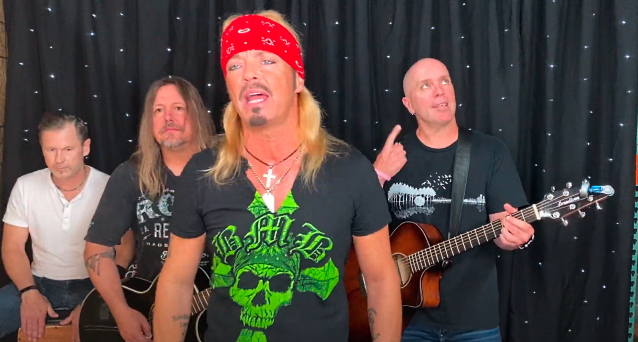 Video of Bret Michaels and his solo band performing an acoustic cover version of the LOGGINS AND MESSINA classic "Your Mama Don't Dance" can be seen below. The track was previously covered by POISON on the 1988 album "Open Up and Say...Ahh!"