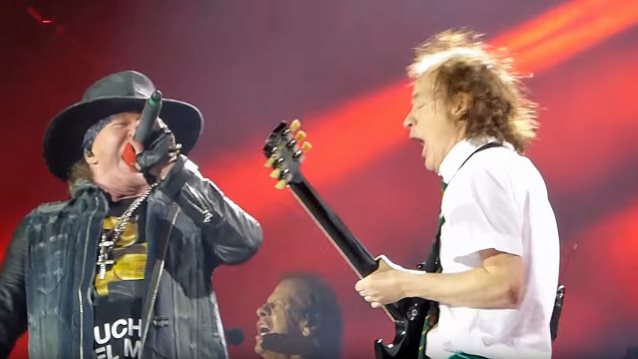 GUNS N' ROSES frontman Axl Rose played his fifth show as the temporary frontman for AC/DC on Thursday night (May 19) in Vienna, Austria. For the Vienna concert, Rose was only partly confined to the chair he's been seated on ever since breaking his foot during a surprise GUNS club show in April 1 in Los Angeles.

Likewise, while the singer remained seated throughout most of AC/DC's May 16 show in Belgium, he rose at one point to stalk the stage with a bulky boot cast still in place around the lower half of his left leg. During the encore, the singer stood up again to sing "Highway To Hell".

The setlist for the Vienna show: 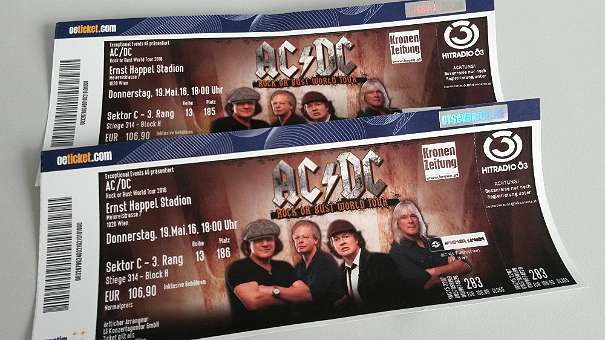