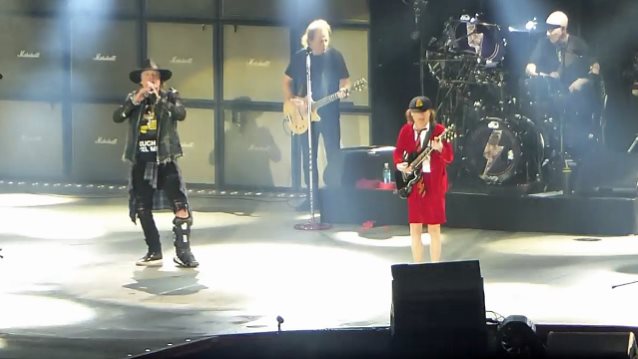 Fan-filmed video footage of AC/DC's May 26 performance at Volksparkstadion in Hamburg, Germany can be seen below.

Johnson met with an audio expert this week to see if some newly invented in-ear monitors could help combat his hearing loss.