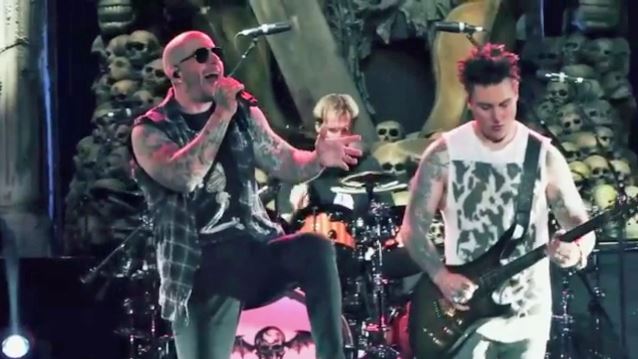 AVENGED SEVENFOLD played its new song "The Stage" live for the first time Saturday night (October 15) at Knotfest Mexico at the Ford Pegaso in Toluca. Video footage of the performance can be seen below.

"The Stage", which is available via Spotify and other streaming music services, is expected to be included on the California band's seventh studio album. The disc is rumored to be called "Voltaic Oceans" and has an alleged release date of December 9. None of this has been confirmed yet by the group itself, which has promised to reveal more information in a "special live event" on October 27.

Earlier last week, AVENGED SEVENFOLD launched a new web site at Deathbot.net to answer fan questions, although questions about the new album are met with cryptic or vague answers.

For the first time ever LIVE, in Toluca, Mexico "The Stage" - Thank you!! #a7xworldwide #thestage #knotfestmexico2016

It's never easy playing a new song for the first time. Here's a glimpse of us prepping backstage for "The Stage" #vivalamexico #knotfestmexico2016 #a7xworldwide 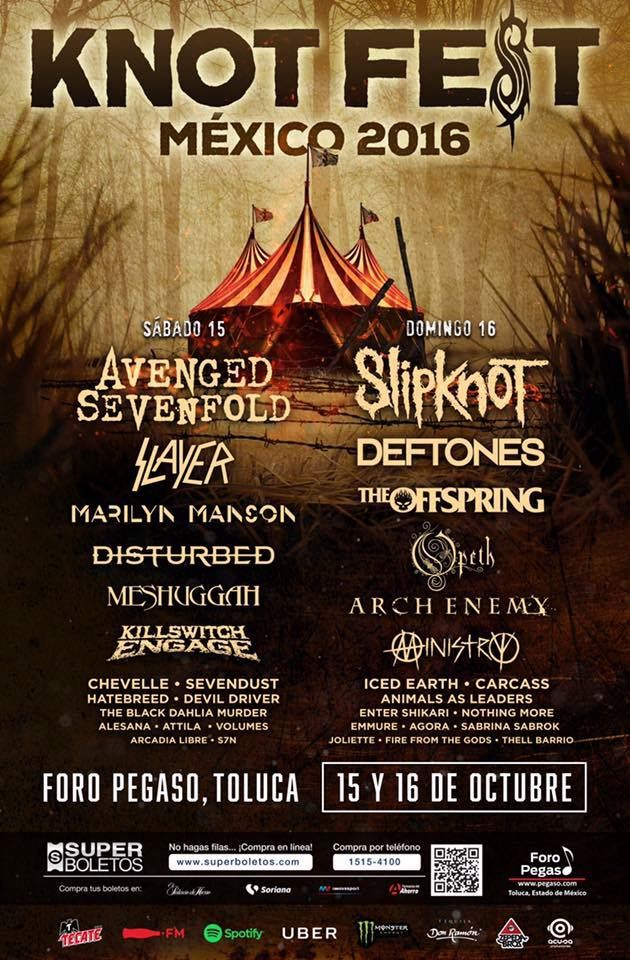