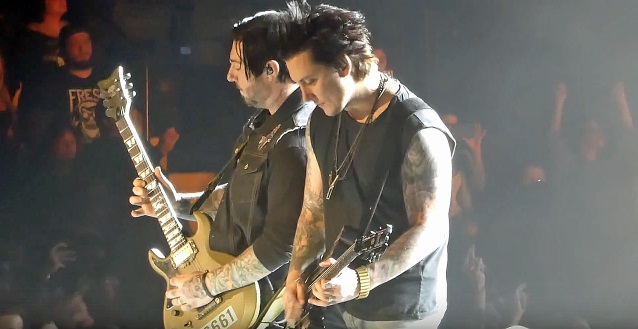 Fan-filmed video footage of AVENGED SEVENFOLD's January 16 performance at Santander Arena in Reading, Pennsylvania can be seen below.

AVENGED SEVENFOLD's North American tour with BREAKING BENJAMIN and BULLET FOR MY VALENTINE kicked off earlier in the month.

AVENGED SEVENFOLD frontman M. Shadows told ABC Radio about his band's approach to the current tour: "I felt that instead of just people walk into a show, and you hear DIO and you hear METALLICA, and then a band goes on — that happens four times and then you play your set and everyone goes home — we really wanted to curate the experience.

"We kinda take you into outer space with the screens that we have and the LED walls and all the graphics that we've come up with," he added. "I feel like we kind of do a lot of cool things that really give you an experience instead of just the typical rock show."

The deluxe edition of AVENGED SEVENFOLD's latest album, "The Stage", came out in December.

AVENGED SEVENFOLD's headlining tour was originally supposed to happen last summer but the band changed its plans after getting offered a support slot with METALLICA on the latter band's stadium run. 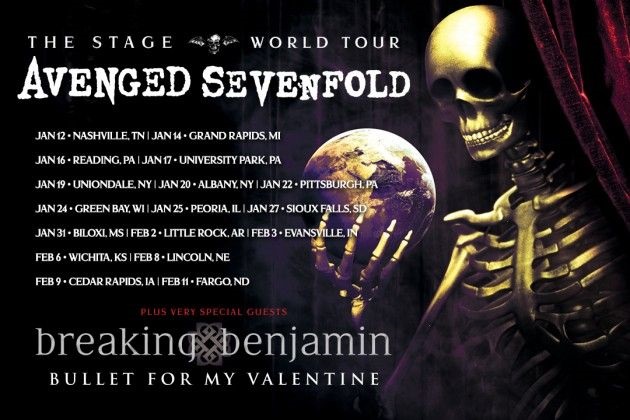