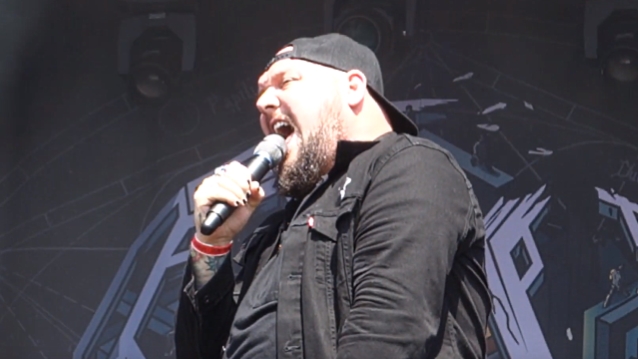 Fan-filmed video footage of ATREYU's June 1 performance at the FortaRock festival at Goffertpark in Nijmegen, the Netherlands can be seen below.

ATREYU singer Alex Varkatzas is skipping the band's European tour, which kicked off last month at the Slam Dunk festival in the United Kingdom. The vocalist explained in a statement that he "aggravated a damaged disc" in his back prior to the band's "Spring Invasion" tour with MOTIONLESS IN WHITE and said that a "surprise" diagnosis of inguinal hernia added to his woes.

Drummer Brandon Saller — who shares lead vocals with Varkatzas in ATREYU — and bassist Marc McKnight is taking care of the singing on the European tour, with Varkatzas tentatively due to return to the group in time for this summer's Rockstar Disrupt trek.

Varkatzas announced his absence from the ATREYU tour in an Instagram post consisting of a lengthy note and a brief video message.

He wrote: "There is no easy way to say this, but I am very sorry that I will not be able to join ATREYU on this upcoming European tour. At this point, my body and mind need to heal in order for me to continue with all the things we have planned for 2019.

"I owe you all an explanation. It will be lengthy...

"Just about two weeks before the 'Spring Invasion' tour, I severely aggravated a damaged disc in my back at L5-Sl, giving horrible muscle spasms and limiting my ability to walk, go to the bathroom, basically fucks everything. I was briefly hospitalized last year for this same thing and unable to walk for several days, followed by a week on a walker. After this last injury before the 'Spring Invasion' tour, my back never stopped aching and I started to suffer some pains in the lower abdominal/manly region. An MRI showed a bulging disc at L5-S1 that was a little worse than last year and revealed a surprise inguinal hernia. I was able to start physical therapy for my back right away but was unable to start on hernia. I was given an oral steroid the day before I left for tour and started to barely feel okay after a few days. I was advised to take it easy or I would create further issues. After flying home, I've been in constant agony. I would be lying to you if I said it wasn't taking its toll on me mentally as well.

"It was very hard to accept and tell the guys in the band that my doctors advised me to not make the trip and take care of my body.

"My brothers in ATREYU will rock on without me this run. It will be a very special, one-of-a-kind experience with Brandon up front and Porter screaming!

"I have an upcoming epidural, therapy and a follow-up appointment to discuss the impending possibility of hernia surgery before Disrupt.

"I'm terribly sorry and thank you for the faith in our band. a HUGE, I'm sorry to: Slam Dunk Fest, FortaRock, Rock Im Park, Rock Am Ring and the rest of the promoters.

"Finally, to anyone who was looking forward to see me perform with the band on this run, I know you are disappointed and all I can do is offer my sincerest apologies and fully explain the situation. Something I normally wouldn't like to do.

"I wish my brothers in ATREYU a safe and fun tour."

ATREYU is continuing to tour in support of its seventh album, "In Our Wake", which was released in October via Spinefarm 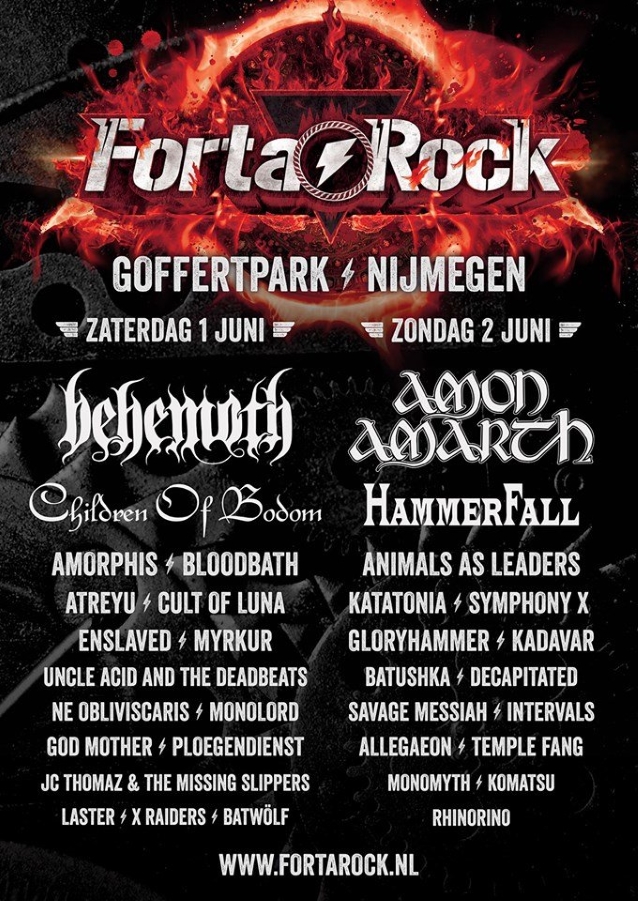