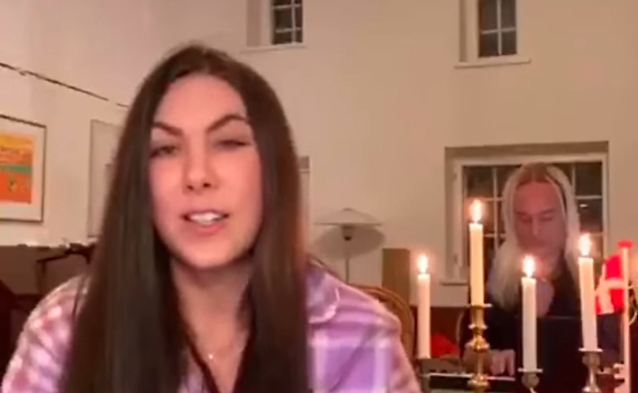 On April 3, Elize Ryd and Olof Mörck from AMARANTHE played an acoustic Instagram Live show as a part of the #TogetherAtHome series, fueled by Global Citizen and in support of the World Health Organization. You can now watch the performance below.

AMARANTHE recently entered a studio in Denmark to begin recording its new album. The follow-up to 2018's "Helix" will be released later this year via Nuclear Blast.

AMARANTHE is scheduled to embark on a North American headlining tour in the summer/fall of 2020. The 37-date trek will kick off at the Soundstage in Baltimore on August 20 and will make stops in Chicago, Vancouver and Denver before concluding on October 2 at the Riverfront Live in Cincinnati, Ohio. Support on the trek will come Finnish metallers BATTLE BEAST and the Boston symphonic metal band SEVEN SPIRES.

@elizeryd and @olofmorck will go live on Instagram tomorrow! Head over to @elizeryd at 21:00 (9 PM) Swedish time. See you!