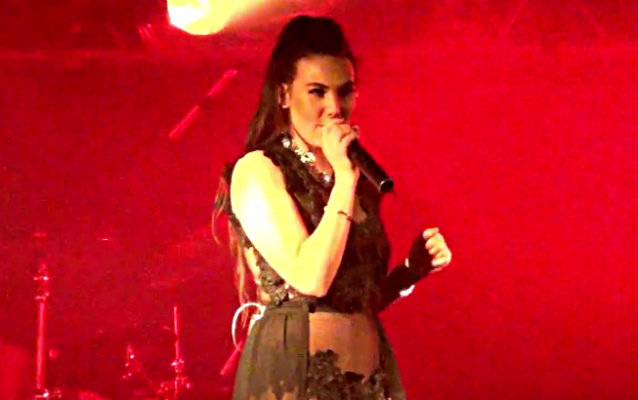 Fan-filmed video footage of AMARANTHE's entire September 30 performance at the Zal Ozhidaniya club in Saint-Petersburg, Russia can be seen below.

AMARANTHE's new album, "Maximalism", will be released on October 21 via Spinefarm Records. The follow-up to 2014's "Massive Addictive" is described in a press release as "a hyper-modern, metallic beast of a record" containing "12 new tracks that fully live up to the 'bigger, bolder' promise of the title."

Said guitarist Olof Mörck: "'Maximalism' is our manifesto to the world! 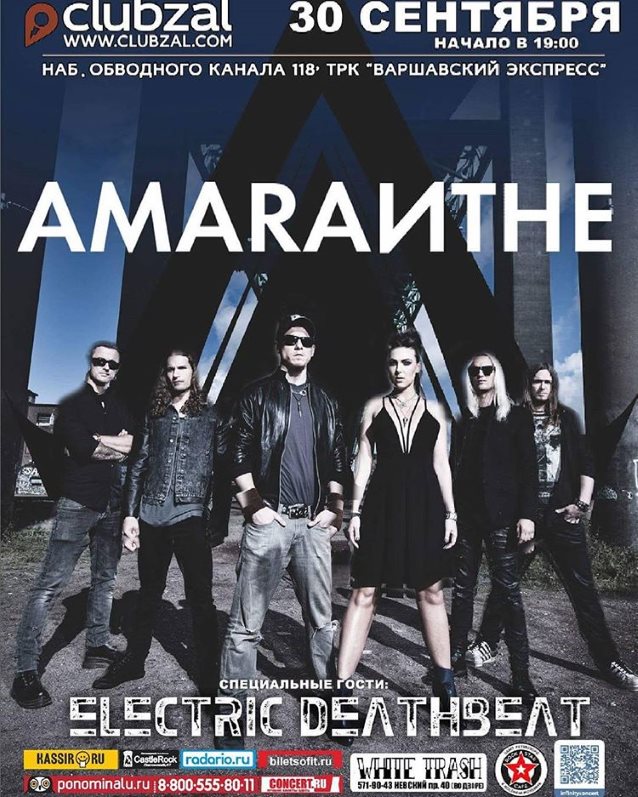