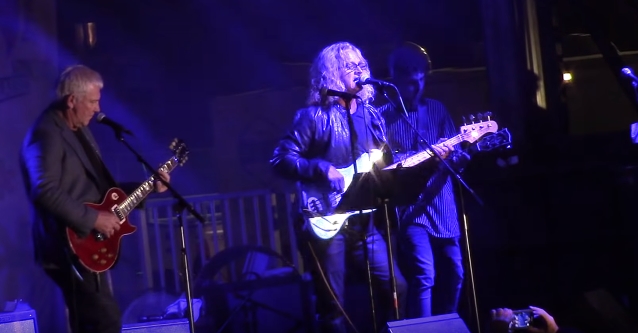 Longtime friends Scott Medlock and Robby Krieger (THE DOORS) organized the event to support St. Jude Children's Research Hospital, which is leading the way the world understands, treats and defeats childhood cancer and other life-threatening diseases. It has become one of the largest, single event fundraisers of the year for the hospital. Thanks to generous donors, families never receive a bill from St. Jude for treatment, travel, housing or food — because all a family should worry about is helping their child live.

Lifeson and Lee said that the band will never do a show unless all three musicians agree to take part.