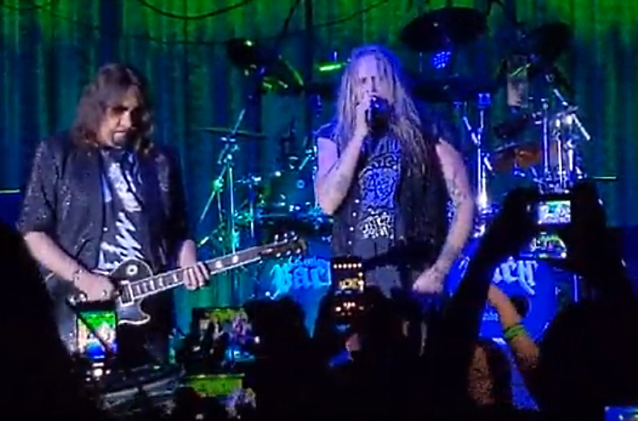 Original KISS guitarist Ace Frehley joined Sebastian Bach on stage on October 28 at Kruise Fest 2019 at Hilton Blue Lagoon in Miami, Florida to perform a couple of KISS classics, "Parasite" and "Deuce", as well as the Frehley track "Snow Blind". Fan-filmed video footage of the performance can be seen below.