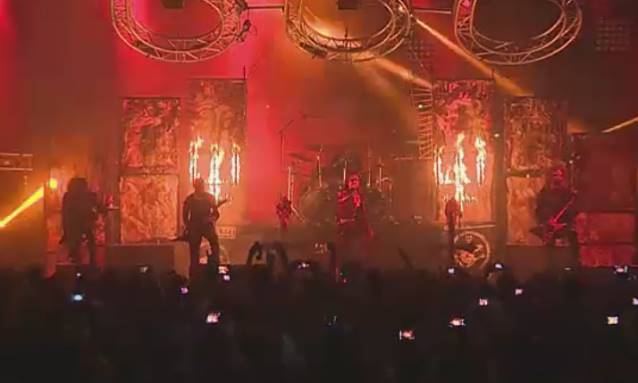 Professionally filmed video footage of WATAIN's entire June 20 performance at Hellfest in Clisson, France can be seen below.

WATAIN played its only U.S. show of the summer on June 15 at the Brooklyn Bazaar in New York.

The band's fifth full-length, "The Wild Hunt", sold around 2,700 copies in the United States in its first week of release. The CD was released on August 19, 2013 in Europe and August 20, 2013 in USA via the group's own label His Master's Noise through Century Media Records.