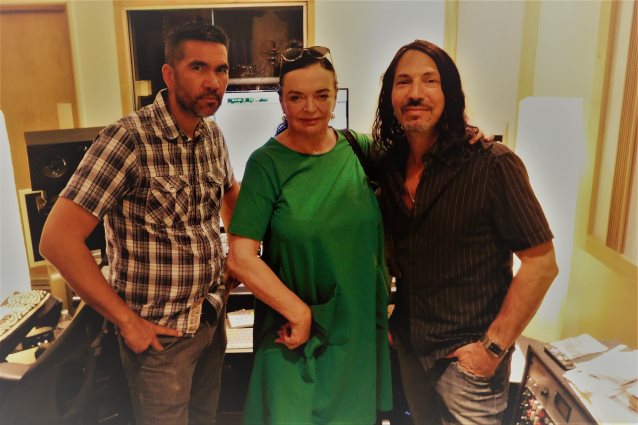 On November 11, Douglas Blair of W.A.S.P. and 1960s horror icon Barbara Steele ("Black Sunday", "The Pit And The Pendulum", "Piranha") converged to record her iconic voice for a new song titled "Argo Navis: Heart Of Darkness". The track — composed by Blair, John Anthony and former ACE FREHLEY and current MR. BIG drummer Matt Starr — combines the dynamics of rock to the occult imagery of horror in a fusion of music and spoken word, much like Sergei Prokofiev's 1936 composition "Peter And The Wolf".

Upon hearing the track demo, Steele commented: "The music is so very haunting, and feels like it came from an ancient abbey in the 14th Century."

"Argo Navis: Heart Of Darkness" is a co-production between Blair, executive producer Mike Dalager and producer Anders Ringman as part of an expansion of the 2013 concept album "Dreams In The Witch House: A Lovecraftian Rock Opera". Steele's voice will portray Azathoth, the Primal Chaos who sits upon a throne at the center of the universe. The session also brought in multi-instrumentalist Anders Fransson, who last toured as a guitarist for Mac Davis, writer of the iconic Elvis Presley hits "A Little Less Conversation" and "In The Ghetto". There was also a surprise session visit from former KISS guitarist Bruce Kulick, who generously loaned the team his 1976 Rickenbacker, with Fransson pulling double duty laying down both bass and drums. After Steele wrapped her sinister vocals, Ringman conducted a Slave Choir session via Skype from his studio in Southern Sweden; truly a trans-dimensional session for the ages.

"Argo Navis: Heart Of Darkness" is scheduled for release as a multitrack EP in January 2017. 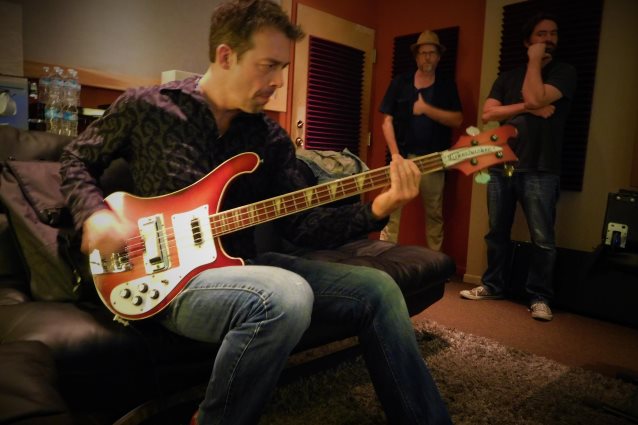