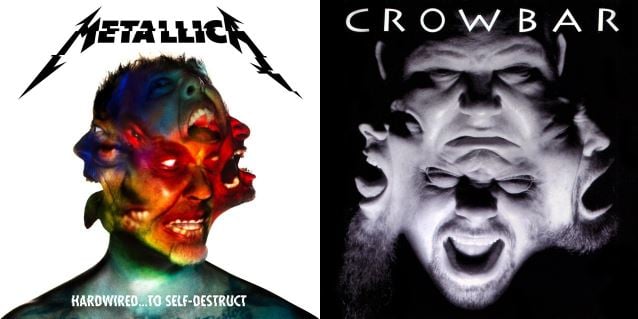 Kirk wrote on his Facebook page: "In all fairness, after touring with the mighty METALLICA while in DOWN, I know the fellas know who CROWBAR is. However, I seriously doubt that any member of METALLICA stole this idea from us. Maybe the artist? Anyway you slice it... it's a cool cover idea!!! Now James and Lars, go listen to 'Odd Fellows Rest'!!! LOL"

"Hardwired...To Self-Destruct" will be released on November 18 via METALLICA's own Blackened Recordings. The long-awaited follow-up to 2008's "Death Magnetic" consists of two discs, containing a dozen songs and nearly 80 minutes of music.

"Hardwired...To Self-Destruct" was produced by Greg Fidelman with METALLICA frontman James Hetfield and drummer Lars Ulrich. The band recorded the disc at its own studio and is still putting the finishing touches on the LP. 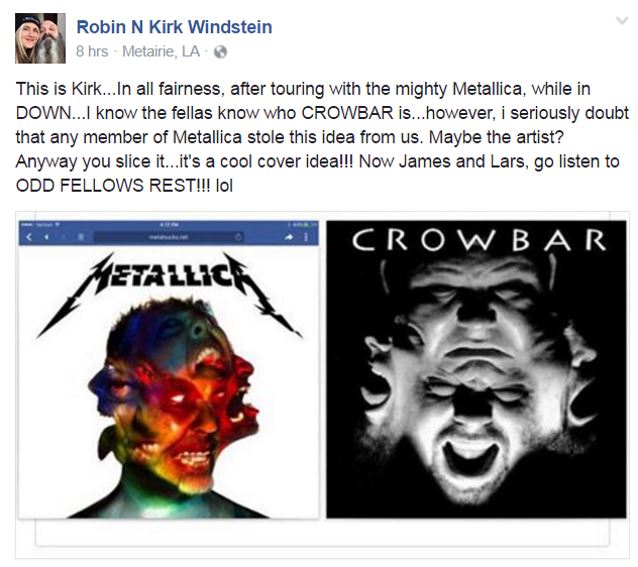