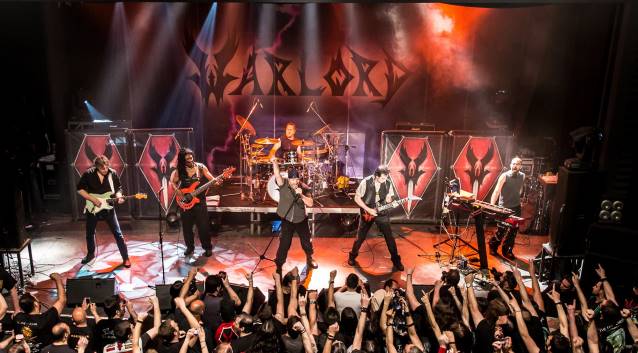 Due to an unexpected schedule extension with Steve Vai, bassist Philip Bynoe will be unable to perform during WARLORD's 2014 summer European tour. Philip, who remains with WARLORD, recorded the tracks for the band's new album and will be missed this summer.

WARLORD, of course, could only replace Philip for the 2014 performances with a musician and performer of the highest caliber. It is therefore with great joy that they are welcoming Gary Wehrkamp of the legendary SHADOW GALLERY into the fold. Being not only a superb bass player but also a great vocalist, Gary will provide the solid rhythm section and a great addition to Mark Zonder's drumming while contributing the level of backing vocals that WARLORD compositions require.

WARLORD's latest album, "The Holy Empire", came out last year. The effort was made available on CD and digitally via Sons Of A Dream Music/Battle Hymns Music.