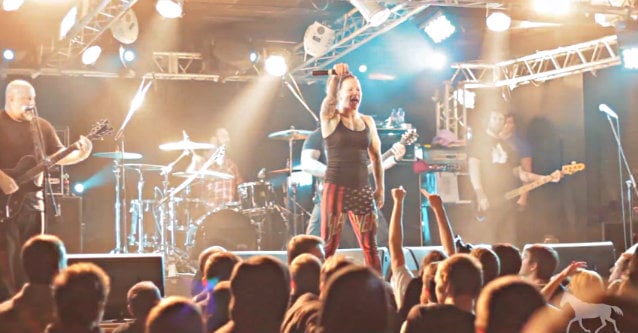 Video footage of the Detroit hardcore band WALLS OF JERICHO performing on December 18 in St. Petersburg, Russia can be seen below.

WALLS OF JERICHO will enter the studio in early 2014 to begin recording its fifth full-length album. The CD will follow up 2008's "The American Dream", (Trustkill Records), which sold around 2,400 copies in the United States in its first week of release. The effort debuted at No. 11 on the Top New Artist Albums (Heatseekers) chart, which lists the best-selling albums by new and developing artists, defined as those who have never appeared in the Top 100 of The Billboard 200.

Harold "Howie D" Herula of National Rock Review recently conducted an interview with WALLS OF JERICHO singer Candace Kucsulain and drummer Dustin Schoenhofer. You can now listen to the chat using the audio player below. 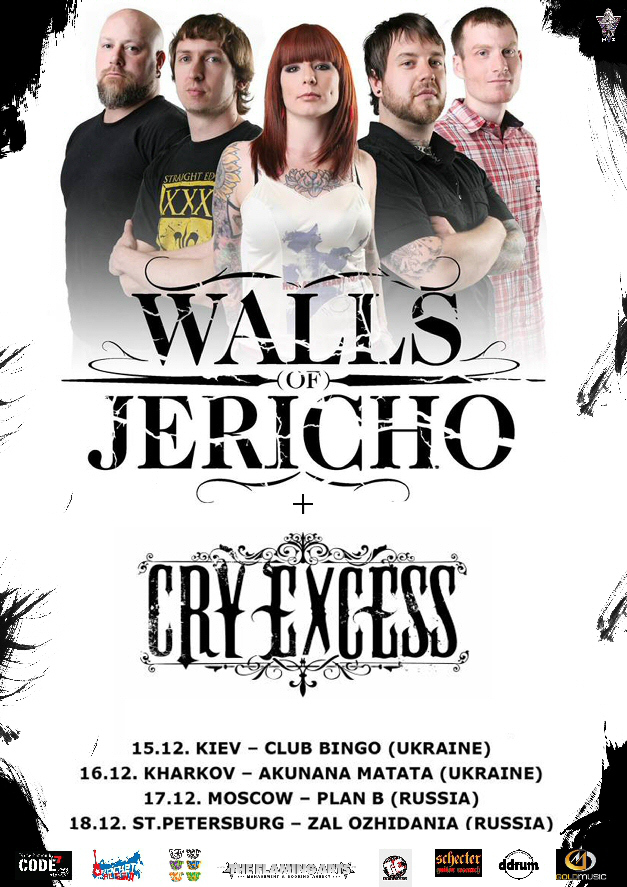