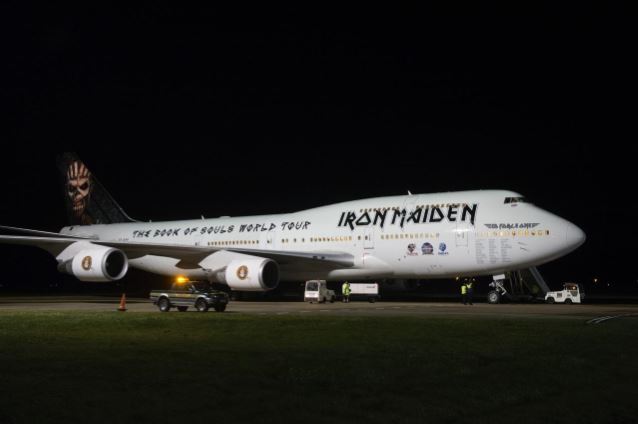 Ed Force One will land at Fort Lauderdale-Hollywood International Airport on Friday (February 19). Touchdown is expected at 3:15 p.m.

Dickinson commented: "When the opportunity arose from my friends at Air Atlanta Icelandic to lease a 747 for 'The Book of Souls' world tour, of course we jumped at the chance. Who wouldn't?

"The greatest benefit of travelling in a 747 is that because of its colossal size and freight capacity we can carry our stage production and all our stage equipment and desks in the cargo hold without having to make any of the immense structural modifications needed to do this on the previous 757, the extent of which fans will have noted on the 'Flight 666' DVD.

"Although in reality we cannot carry much more gear the savings in complexity, time and cost make using the 747 even more practical. All we will need to do is 'paint' it and move a few seats around, with the added advantage that there is much more room for band and crew — our crew can almost get a row of seats each to catch up on sleep on the flights! Furthermore, it is marginally faster 0.85 MACH and the range of around 7000NM (13,000 km) is much greater which means we will not have to make the refueling stops we needed to with the 757." 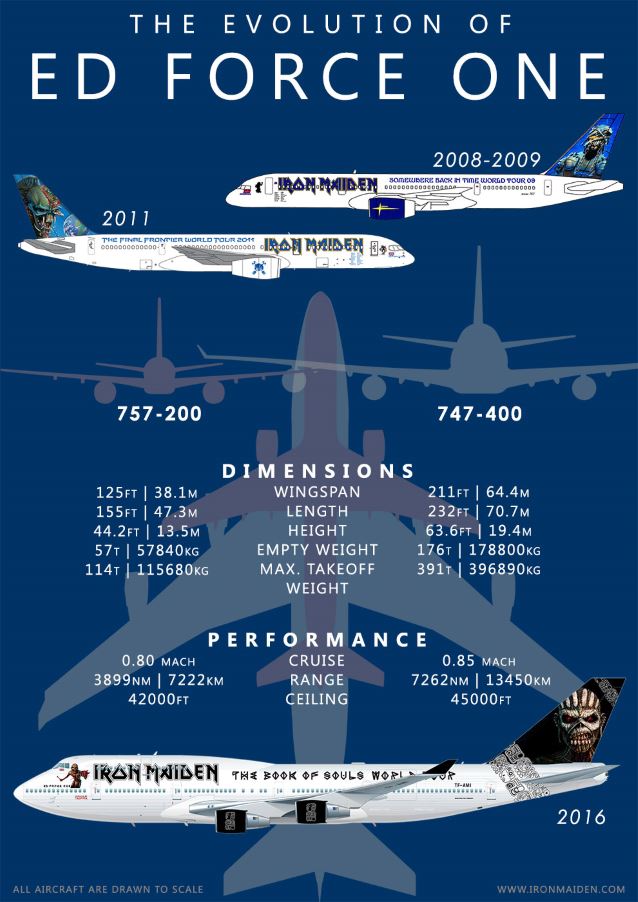