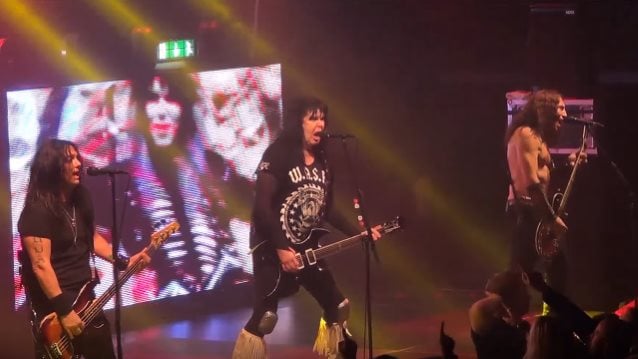 The first official trailer for W.A.S.P.'s upcoming 25th-anniversary release, "Re-Idolized", can be seen below.

In 1992 W.A.S.P. released "The Crimson Idol". It's the story of Jonathan Aaron Steele, an abused child looking for love. Discovering music years later, he rises to international superstardom. Later followed by a catastrophic fall.

2017 marks the 25th anniversary of the original release, which is still considered to be the best album of W.A.S.P.'s career, and one of the greatest concept albums of all times. "The Crimson Idol" undoubtedly belongs in every metal head’s record collection. The album about the anti-hero Jonathan Steele was originally intended to be accompanied by a movie, with several hundred hours of film that were shot to create approximately 50 minutes of movie footage.

This film has never been released — until now!

Napalm Records has announced "Re-Idolzed", the 25th anniversary of the iconic hit album plus the original "The Crimson Idol" movie on DVD and Blu-ray. For the first time ever as originally intended — film and soundtrack united — released as one product!

"Re-Idolized" will be available on Blu-ray, DVD, CD, and vinyl later this year.

"The Crimson Idol" tells the twisted tale of a suicidal rock and roll icon and the perils that come with fame. With guitarist Chris Holmes no longer a member of W.A.S.P., Blackie Lawless recorded "The Crimson Idol" with guitarist Bob Kulick and drummers Stet Howland and Frankie Banali. Voted one of the Top 20 conceptual albums of all-time by Metal Hammer magazine, "The Crimson Idol" is obviously more of a soundtrack than, say, a straight rock 'n' roll album. 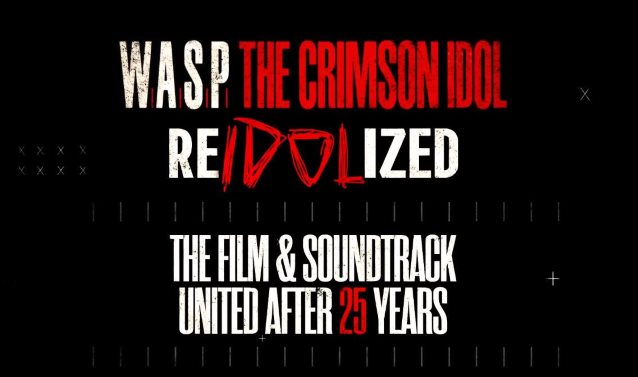 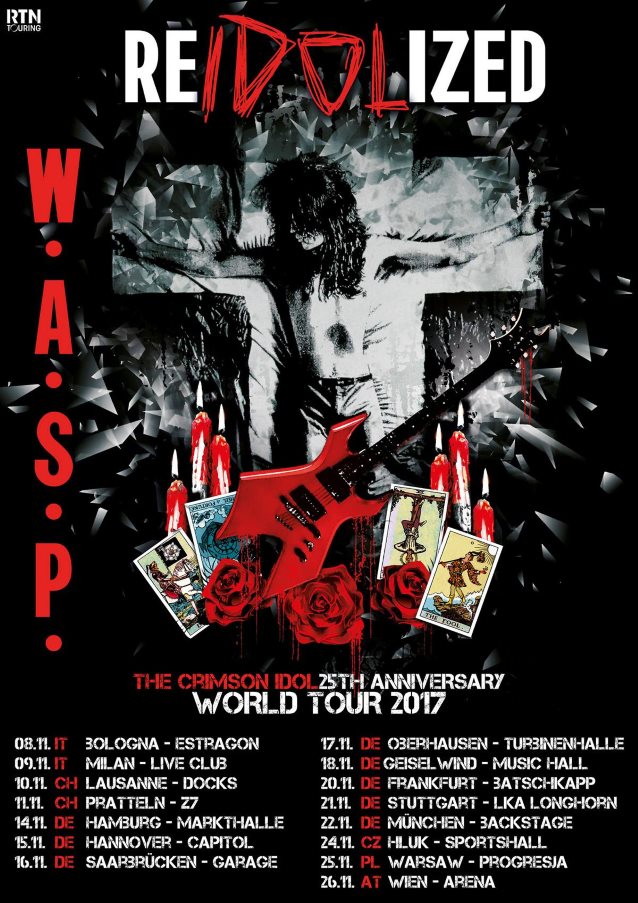