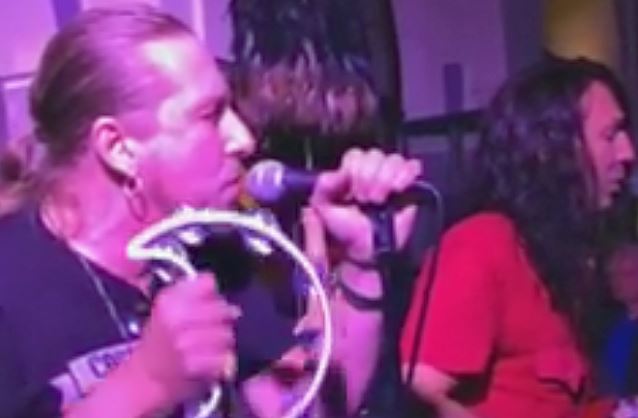 Sweden Rock Magazine held a party at Hard Rock Cafe in Stockholm on August 26 to celebrate the release of the magazine's new issue about the 100 greatest hard rock/metal guitarists of all time as voted by the readers. Tony Iommi (BLACK SABBATH) came in at No. 1, followed by Ritchie Blackmore (DEEP PURPLE, RAINBOW), Yngwie Malmsteen, Eddie Van Halen and Slash (GUNS N' ROSES).

At the party, TESTAMENT vocalist Chuck Billy, who was in town doing press for the band's new album, gave an introduction speech and W.A.S.P. guitarist Doug Blair (who came in at No. 99 on the greatest-guitarists list) performed a short set that included W.A.S.P.'s "Sleeping In The Fire" (dedicated to former W.A.S.P. guitarist Chris Holmes), KISS's "Forever" with THERION/ex-CANDLEMASS vocalist Thomas Vikström, and LED ZEPPELIN's "Going To California" with ADRENALINE RUSH frontwoman Tåve Wanning.

Video footage of the event can be seen below.

Thank you all for last night! It was a night to remember??
#thomasvickström #douglasblair #wasp #therion 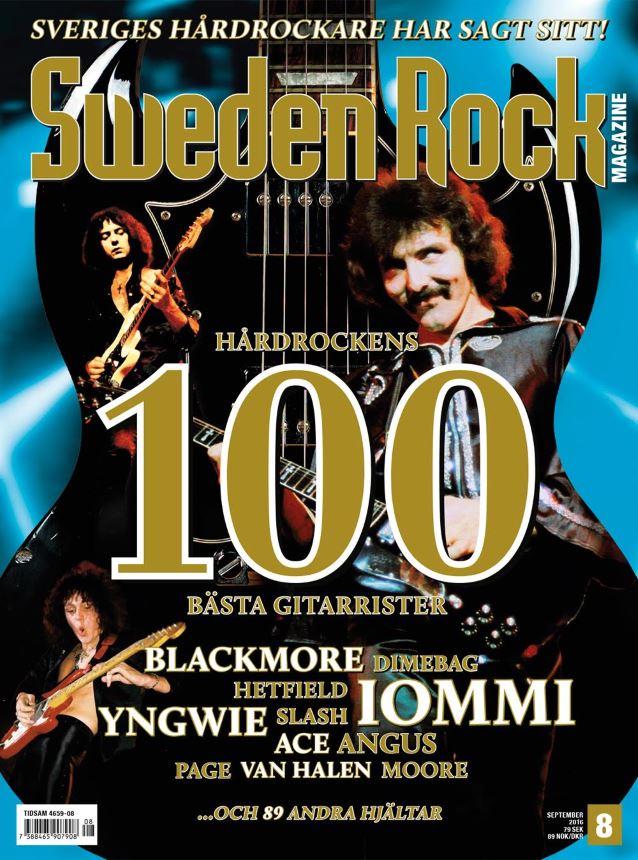