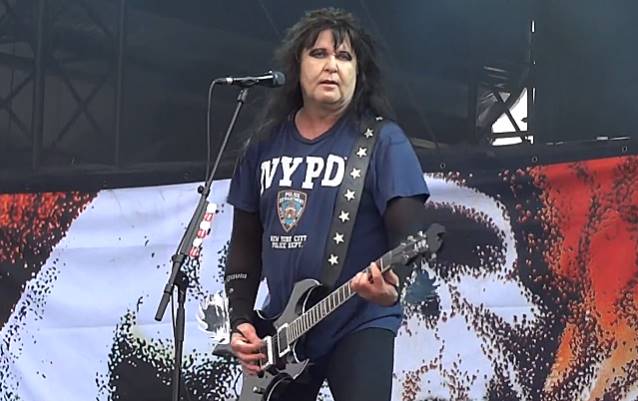 Fan-filmed video footage of W.A.S.P.'s June 28 performance at the Graspop Metal Meeting in Dessel, Belgium can be seen below.

At a June 6 press conference at this year's edition of the Sweden Rock Festival in Sölvesborg, Sweden, W.A.S.P. mainman Blackie Lawless revealed that the band was "about three weeks away from finishing" its new studio album, titled "Golgotha", for an early 2015 release. He stated about the lyrical inspiration for the upcoming CD: "'Golgotha' is Hebrew for place of the skull, and it's the hill where Christ was crucified. And it's interesting, when you see a lot of bands going around using Satanic images or images of death and things like that, and I'm thinking, all they need to do is look at the source, 'cause it's right there. I mean, if you want death, there's enough to go around there."

He continued: "I don't know if you guys heard, I had a little hiccup last year, and that delayed recording for almost a year. I broke my leg. And that, too, was an interesting trip.