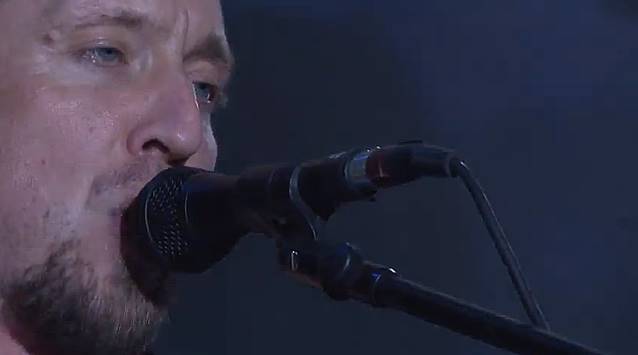 The video for the song "The Nameless One" from Danish/American metal rock 'n' rollers VOLBEAT can be seen below. The performance clip comes from the DVD portion of the "tour edition" of the band's "Outlaw Gentlemen & Shady Ladies" album, which will be released on November 4 in Europe and November 5 in North America.

Red eyes are a current issue with the VOLBEAT camp. One reason could well be that VOLBEAT have been constantly on the road since 2010 when their "Beyond Hell, Above Heaven" album was released, while the second reason for the redness probably has to do with the band members rubbing their eyes in disbelief since the release of their fifth album, "Outlaw Gentlemen & Shady Ladies", in April. The album was a huge success from the get-go and has added several chapters to "the tale of VOLBEAT."

"Outlaw Gentlemen & Shady Ladies" hit the No. 1 spot in more than five countries around the world, including their home country Denmark and in Germany where the album in its first week sold over 50,000 copies, and in America where it landed at No. 9 on the Billboard chart.

In the months that have passed since the release of "Outlaw Gentlemen & Shady Ladies", the four VOLBEAT gentlemen have been almost constantly on the road with their wide-ranging mix of rock and roll, heavy metal, rockabilly, country added prairie dust and south-western tinged romance, including two tours of the U.S. and a summer tour where the band headlined Europe's biggest festivals.

The band is now celebrating their success with a limited edition of the successful album including new bonus tracks and a live DVD. Featuring footage from their performances at this summer's festivals, the DVD illustrates the band's unique place in the world, showcasing the extent of their fans dedication and appreciation. Whether it's at the Download festival in the U.K., Rock Am Ring and Rock'n'heim in Germany, Hellfest in France or Denmark's Roskilde Festival, these intimate recordings capture the true essence of what it's like to be a fan of VOLBEAT in 2013.

VOLBEAT is now a live band in a league of its own. The band's attitude towards the art of bringing the concert to their fans is manifested in Michael Poulsen's words right before entering the stage at Roskilde Festival: "Okay, let's go out and give them something special!"

And so they did, as the upscale versions of "Lola Montez" and "Cape Of Our Hero" from just Roskilde will prove. But it is not only at Roskilde VOLBEAT give their fans something special. The rest of the footage on the DVD is a testament to this. Perhaps especially on "Guitar Gangsters & Cadillac Blood" and "Heaven Nor Hell" — both taken from Hock'n'heim in Germany — and perhaps the best two live versions of these songs out there right now.

The DVD also includes climactic moments with the band performing "Doc Holliday", "16 Dollars", "The Nameless One", "Evelyn" (with guest Barney of NAPALM DEATH performing), "Another Day", "Maybelline i Hofteholder", "The Hangman's Body Count", "Dead But Rising" and "Sad Man's Tongue". True evidence of why exactly VOLBEAT are appreciated as one of the finest rock bands in 2013. 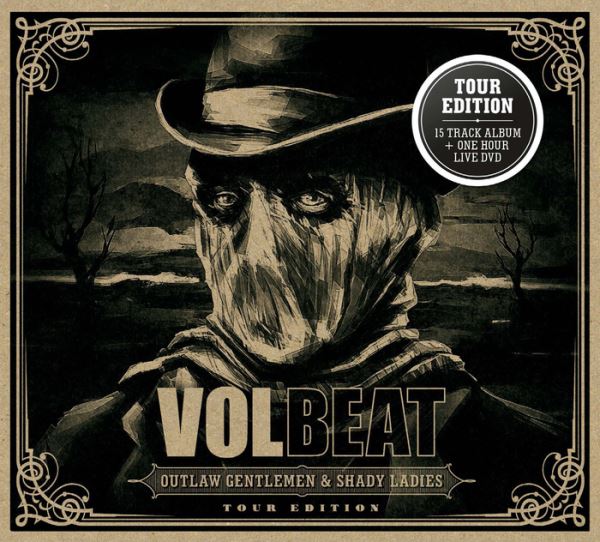