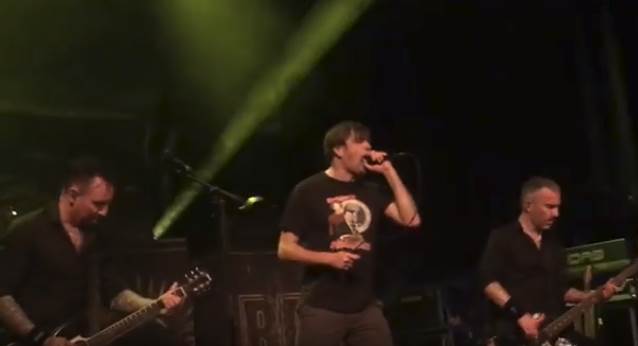 Mark "Barney" Greenway of British grindcore pioneers NAPALM DEATH joined Danish metal rock 'n' rollers VOLBEAT on stage on May 27 at the at the Olympia in Dublin, Ireland to perform the VOLBEAT track "Evelyn". Fan-filmed video footage of his appearance can be seen below.

In an April 2011 interview with Straight.com, VOLBEAT vocalist/guitarist Michael Poulsen spoke about Barney's appearance on the studio version of "Evelyn", which appears on the band's fourth album, "Beyond Hell/Above Heaven".

"Writing a song like 'Evelyn' was my way of showing people that it was not only the '50s elements we were inspired by, but we were actually growing up with a lot of great metal bands," Michael said. "And NAPALM DEATH was one of the first extreme metal bands I was listening to — I was listening to them when I bought my first guitar. So being able to have a singer like Barney from NAPALM DEATH on my record was a real accomplishment. It's great to see that it's actually possible for dreams to come true, in a way."

VOLBEAT plans to enter the studio before the end of the year to begin recording its seventh album for a tentative 2019 release. The follow-up to 2016's "Seal The Deal & Let's Boogie" will mark the band's first full-length effort to feature bassist Kaspar Boye Larsen, who joined VOLBEAT too late to appear on the last CD. 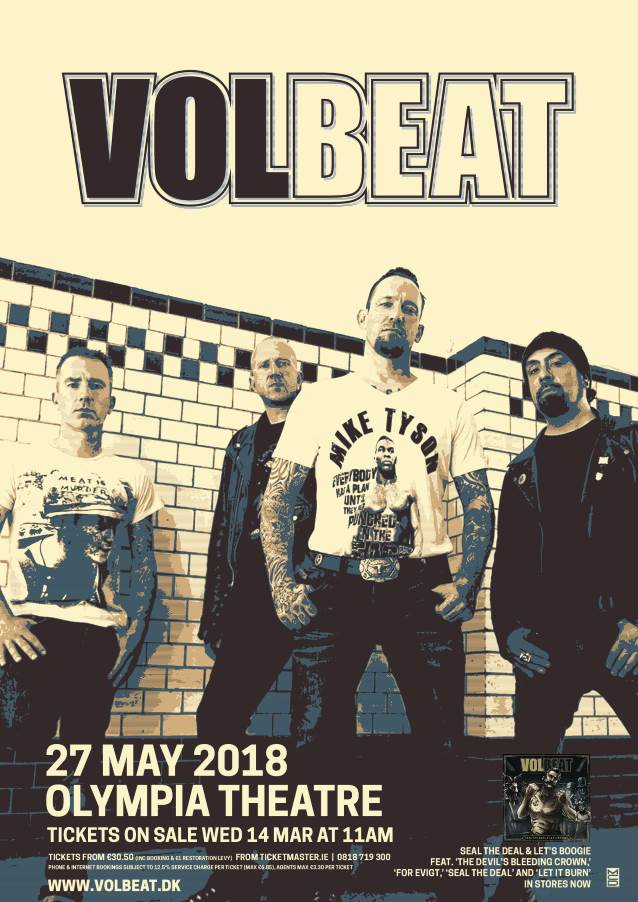