Why August 9? It's singer Denis "Snake" Belanger's birthday, and he wanted to party safely with all his friends and fans from around the globe since VOIVOD touring the planet has been grounded by the coronavirus pandemic.

Tickets are $15 CDN plus applicable taxes based on your location. Buy a single ticket or group rates here.

VOIVOD has just released a new three-track 12-inch vinyl and digital EP titled "The End Of Dormancy" via Century Media Records. The EP is centered around a special "Metal Section" version of the title track (off VOIVOD's latest album, "The Wake") with added trumpets, saxophone and trombones. The complementary songs on this release are exclusive live versions of "The End Of Dormancy (Metal Section)" and the group's classic "The Unknown Knows", recorded at Montreal Jazz Fest 2019.

"The End Of Dormancy" EP comes with artwork by Langevin and is available on 180-fram 12-inch vinyl. 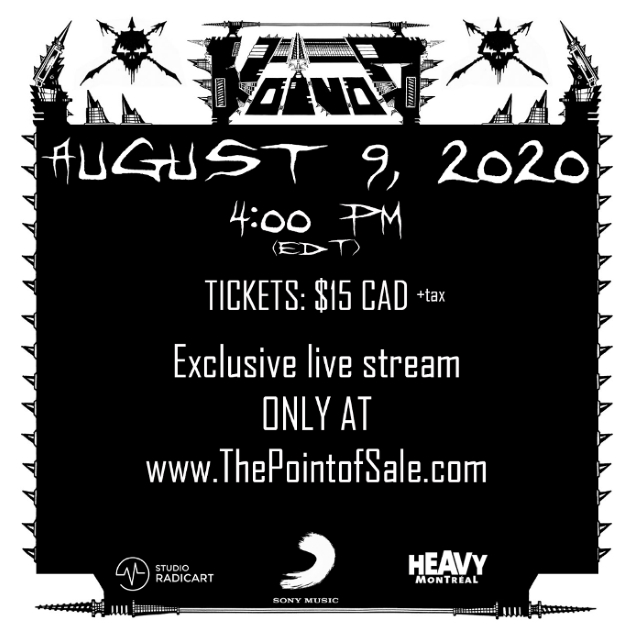