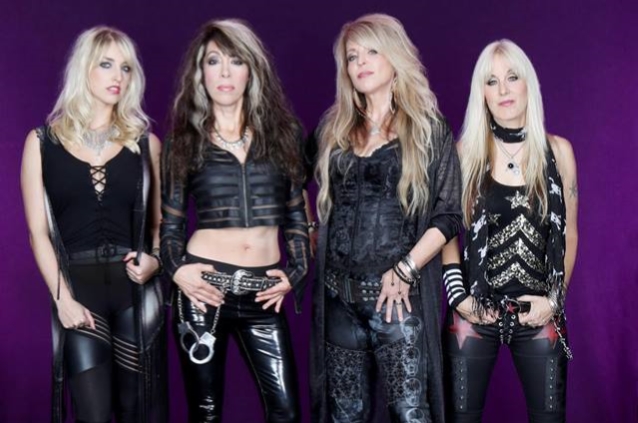 The trio issued the following statement earlier today: "To all our VIXEN friends and fans… Janet felt the time was right to pursue a solo career and devote more time to family.

"We respect Janet's bold and courageous decision to leave VIXEN and we'll always cherish the memories and music we made together as VIXEN.

"Moving forward as a band, we tip our hat to VAN HALEN who has two of the most recognizable frontmen in rock 'n' roll; Diamond David Lee Roth and the Red Rocker Sammy Hagar!

"With our new lead singer, we too will expand upon the VIXEN legacy while remaining true to our musical roots.

"VIXEN already has an amazing 2019 scheduled with a much-sought-after studio album in the works and a full slate of live performances!!!"

A year ago, Gardner underwent surgery to remove blood clots in her brain, a condition known as a subdural hematoma. At the time, she was touring in support of her solo album, which came out in August 2017 via Pavement Entertainment. The disc was a collaboration between the singer, who works days as a part-time dental hygienist, and her husband, guitarist/producer Justin James, who has previously worked with STAIND, COLLECTIVE SOUL and TYKETTO.

While Gardner was recovering from her surgery, VIXEN played a show in Durant, Oklahoma in March 2018 with a fill-in singer, Lorraine Lewis of FEMME FATALE.

To all our Vixen friends and fans...
Janet felt the time was right to pursue a solo career and devote more time to...