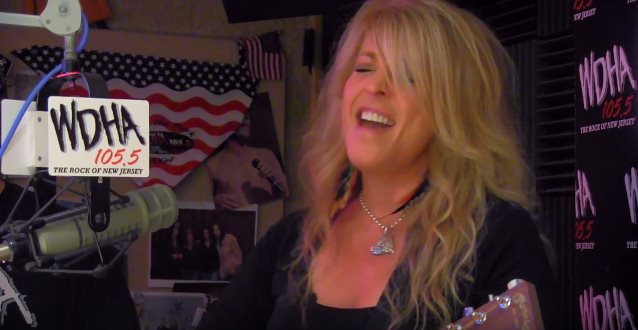 Janet Gardner, best known as the lead vocalist of the all-female rock band VIXEN, and her husband, Justin James, recently performed acoustically in the studios of the WDHA 105.5 radio station in New Jersey. You can now watch video footage of their appearance below.

Gardner will release her self-titled debut solo album on August 18 via Pavement Entertainment in conjunction with Pavement's cohorts Eternal Sound Records for Europe. All songs were written, performed and produced by Gardner and James, a guitarist, songwriter and producer who has previously worked with STAIND, COLLECTIVE SOUL and TYKETTO.