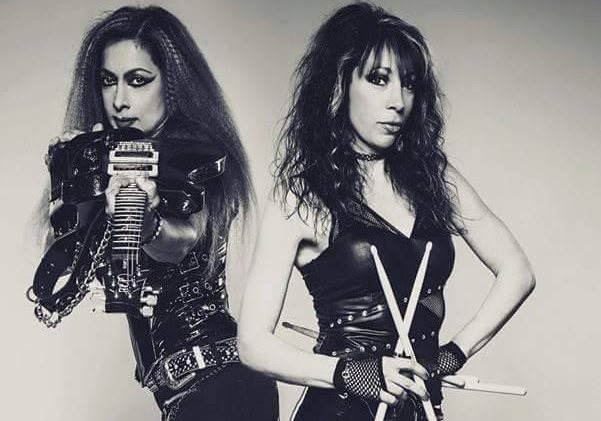 VIP AFTERSHOW, an project founded by and featuring the powerhouse sister team Roxy Petrucci (drums) and Maxine Petrucci (guitar), has released a lyric video for its debut song, "Kilmister", a tribute to iconic MOTÖRHEAD frontman Lemmy Kilmister, who passed away on December 28, 2015 at the age of 70. The track, which was released through Afterlife Music Publishing, features a guest appearance by Mark Slaughter (SLAUGHTER) on vocals and Michael Pisculli on bass.

In a separate interview, Roxy — who is a member of the all-female rock band VIXEN — was asked what it is like being a woman in a man's world. She responded: "Being a woman in the music industry can get you noticed (especially if you have big tom toms)… but once you get that attention, you better deliver the goods. As a musician, I never relied on the fact that I'm a woman, but I certainly wanted to look as good as possible. The most important [thing], to me, is to be as good a drummer as I can be. Like the military slogan, 'be the best you can be,' or suck, and if you're lucky, you might get your fifteen minutes. That goes for the guys too. Getting a record deal was a different story back in the day. As a female rock band, no matter how good we were, some execs had a hard time taking the band seriously. The band had to play, play and play some more in order to get the word out that VIXEN was a credible band. The fans loved us and we had a massive following. It didn't take long to attract management and eventually sign a record deal. There were record industry pussies who were afraid to take a chance and sign us, but EMI came through."