Frontiers Records has announced the return of the neoclassic power metal supergroup RING OF FIRE with the release of the band's brand new album, "Battle Of Leningrad", on January 24, 2014 in Europe and January 28, 2014 in North America.

RING OF FIRE is a band comprised of some incredible musicians, including former YNGWIE MALMSTEEN and ROYAL HUNT singer Mark Boals, classically trained ARTENSION keyboardist Vitalij Kuprij and none other than Tony MacAlpine on guitars.

Combining melodic metal songs with fantasy-based lyrics, topped off with virtuoso performances from the lineup, the resulting RING OF FIRE albums proved to be exactly what many neoclassical-metal fans had waited for, creating a solid fan base for the band all over the world.

"Battle Of Leningrad" is the band's fourth studio album, coming after a nine-year hiatus — a period which has seen the band members getting involved in other projects, most notably with singer Mark Boals becoming singer for ROYAL HUNT and Kuprij and MacAlpine touring with TRANS-SIBERIAN ORCHESTRA and Steve Vai, respectively.

RING OF FIRE reconvened with Boals, MacAlpine and Kuprij during 2012, when they agreed to work on their unfinished business and develop a new album from the true story of the siege of Leningrad during the WWII.

Explains Boals: "It is a true story of the strength and resilience of the Russian people throughout history and particularly in this instance of 900 days of being surrounded on all sides with no food and no hope of rescue, under siege of the Nazi army.

"The magnificent city of Leningrad, with millions of people trapped, found a way to withstand the daily attacks of rockets and bombs, the lack of food, water, and fuel for heat.

"Although more than 1 million starved to death, most survived, and the Nazis were never able to overtake the city completely. They were finally forced to retreat by the Russian army.

"Not widely known by most, this was an amazing story and one of World War II's finest examples of heroism in the worst circumstances imaginable."

Musically, the album is all the fans have been waiting for. True "neoclassic" power metal with technical and exciting musical passages which promise to reignite the RING OF FIRE flame among the fans! 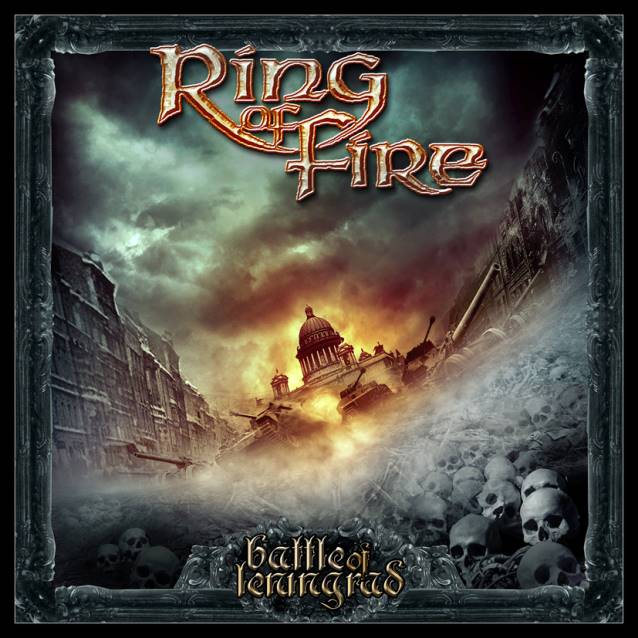