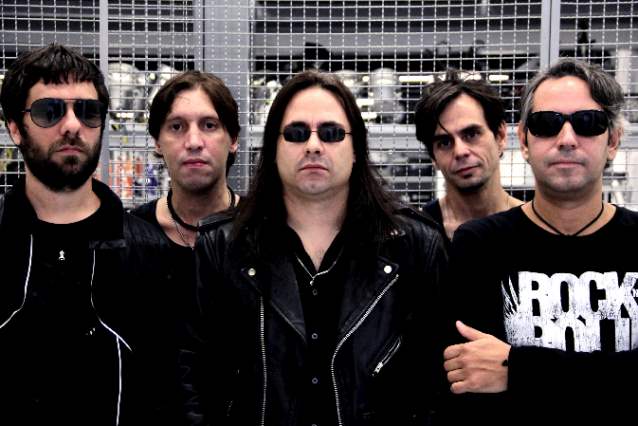 In 2012, one of the greatest Brazilian heavy metal bands rejoined forces with its original lead singer after 22 years. VIPER reunited with vocalist André Matos (ANGRA, SHAAMAN) in order to celebrate the 25th anniversary of the release of the group's album "Soldiers Of Sunrise". For the first time ever, VIPER played its first two LPs, "Soldiers Of Sunrise" and "Theater Of Fate", in their entirety during a short run of dates in Brazil.

VIPER's July 2012 concert in São Paulo was professionally filmed and will be released on DVD. Entitled "Live in São Paulo", the set is currently being edited and finalized by DOGS CAN FLY producer Maurice Cersosimo.

In other news, "Soldiers Of Sunrise" and "Theater Of Fate" will be made available in deluxe remastered editions.