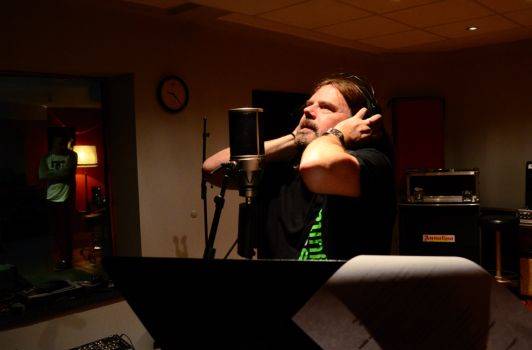 The idea to record an album together was born after THIN LIZZY's concert in Poland. Mendoza — impressed with Iggy, who supported THIN LIZZY with his band ANTI TANK NUN — suggested that they record some music together. This first idea, which was maturing for the next dozen-odd months, eventually evolved into the above-mentioned project, which is recording a brand new album with Iggy. Appice and Mendoza have already laying down the bass and drum tracks in Los Angeles.

White is currently in a studio in Szczecin, Poland recording his parts for the project.

In the current issue of Polish edition of Metal Hammer magazine, Vinny stated about WAMI: "The music is quite heavy. but not as dark as, for example, BLACK SABBATH or KILL DEVIL HILL. It's melodic music, and very well performed. I would label it high-quality heavy rock." He added: "When I first heard that music, I really liked it. Later on, I was informed that the guitarist is only 16 years old. I thought, 'Wow, what an incredible instrumentalist.' And then I learnt that Marco Mendoza will be involved in this project and that made me even more interested in this idea. The demo versions of the tracks sounded very promising so I can't wait for the final results."