SplitScreen Entertainment has revealed the cover art for its upcoming tribute album "Kiss My Ankh: A Tribute To Vinnie Vincent". The official release date, full track listing and complete artist roster will be unveiled on August 6.

Though Vinnie Vincent himself has not released any new material in over a decade, "Kiss My Ankh" will pay tribute to the undeniable musical legacy of the former KISS guitarist. Vinnie's compositions are widely regarded as a highlight of the KISS catalog and remain a staple of the live KISS set list. Included on the tribute will be selections from the three KISS albums to which Vinnie contributed, as well as the two albums he released with the VINNIE VINCENT INVASION. 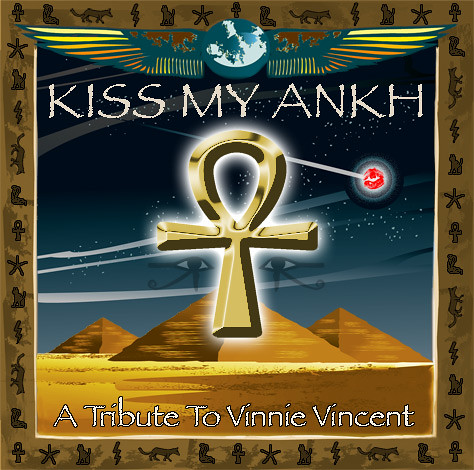