A recording/touring musician for well over 35 years, Crean has released four solo albums on major labels, including his latest effort, "Insatiable", which was issued through Carmine's label Rocker Records.

The vocalist for the popular tribute band HAIR NATION, Crean has been rocking bars and nightclubs in the Buffalo area since the eighties. He has opened many a show for such national acts as Bret Michaels, SLAUGHTER and DOKKEN. Crean also makes a guest appearance on "Sinister", the first joint studio album by Carmine and his drumming brother Vinny Appice, which was released in October 2017.

Robert Fleischman, a former member of JOURNEY and Vincent's post-KISS band VINNIE VINCENT INVASION, was originally supposed to sing for Vinnie at the Nashville concerts but abruptly pulled out of the project in November, saying that he was unhappy about elements of the production.

"I think a lot of you know my history with Mr. Vincent [has] been a rollercoaster or two," he said in a Facebook post. "Things were not feeling good on the business side… The promoter extremely low-balled me to the point of it being insulting… The amount of money he offered and the poor organization and lack of respect."

He also criticized the poster advertising the dates, which listed Appice and Franklin as members of Vincent's "all-star band" but only credited Fleischman "in tiny little letters which would take a microscope to read it." He continued: "After that, I said to myself, 'I'm not going down this road again,'" and added: "Unfortunately, some people don't learn from their past. Well, I do. I'm not going to hop on that train ever again."

A new promotional video for the Nashville shows can be seen below. 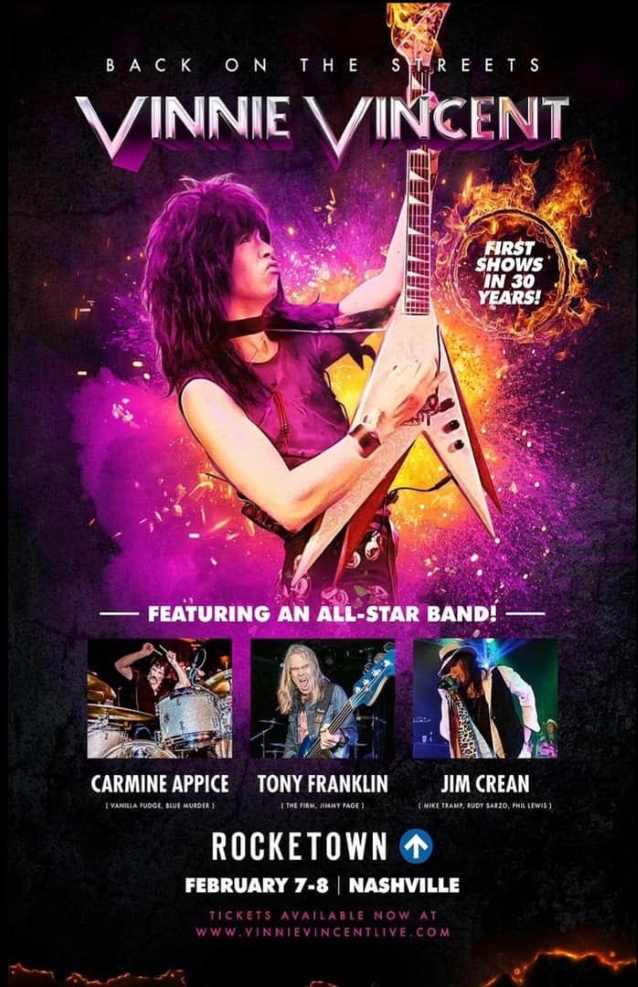