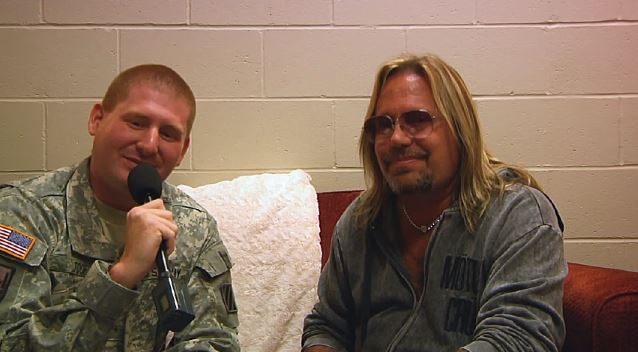 Asked if he looks back on any of his experiences with regret, Neil said: "No, because any mistakes that we actually made, we learned from 'em. So you take those mistakes away and you're not gonna get any farther. So, yeah, we did some crazy, stupid things, but we got better for it."

MÖTLEY CRÜE in August completed the first leg of its "The Final Tour" with support from Alice Cooper. The current leg of the trek kicked off on October 10 in Oklahoma City and will conclude on November 22 in Spokane, Washington.

"The only loophole is if all four members agreed to break the contract," bassist Nikki Sixx said before adding. "There is no amount of money that would ever make me do it again. We'd have so much egg on our face."