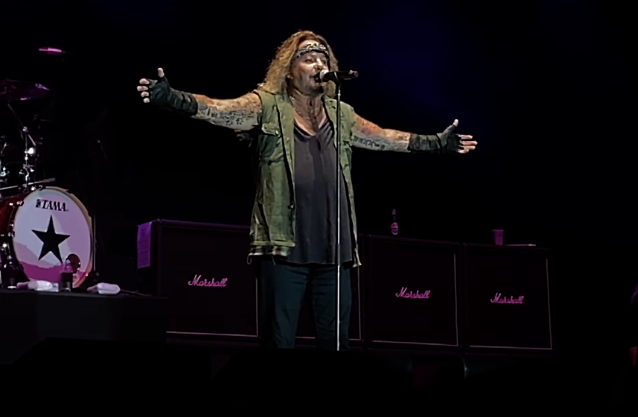 Fan-filmed video footage of MÖTLEY CRÜE frontman Vince Neil's September 4 performance at Summerfest in Milwaukee, Wisconsin can be seen below.

Earlier in the month, Vince revealed that he was trying out a new toning machine in an apparent effort to get in shape for MÖTLEY CRÜE's upcoming "The Stadium Tour".

A little over three months ago, Neil made headlines when he struggled to complete his solo concert at the Boone Iowa River Valley Festival in Boone. Based on fan-filmed video footage of the May 29 gig posted on YouTube, the 60-year-old rocker, who hadn't performed in more than a year and a half due to the COVID-19 pandemic, began losing his voice several songs into his set, which consisted exclusively of CRÜE classics and cover songs previously recorded by the band. 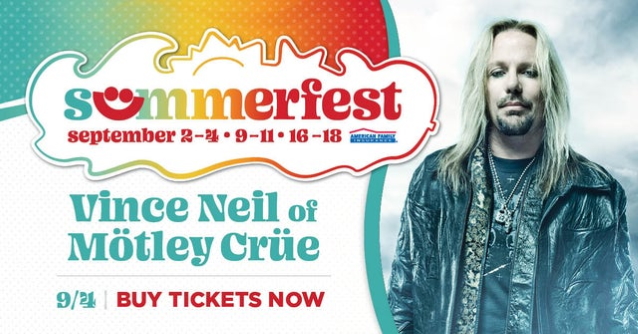