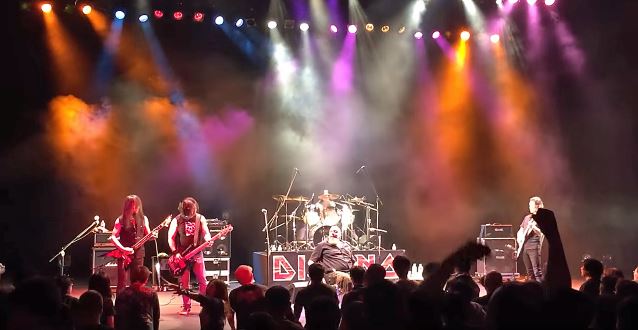 On March 13, former IRON MAIDEN singer Paul Di'Anno performed at a special NWOBHM symposium in Tokai, Japan. Video footage of his performance — during which he was backed by members of the classic Japanese metal bands OUTRAGE and UNITED — can be seen below.

Di'Anno told Argentina's CM TV last August that "injuries" to his knee have forced him to sit down while performing. He added: "But it's worked in Wacken [at the Wacken Open Air festival], and everywhere in Brazil. I think the fans don't give a shit to see me; they just wanna hear me sing. So maybe six months I have to do this before the [knee] operation. I still wanna play, so I sit down and sing."

A year ago, Di'Anno spoke in more detail about the condition of his knee which is making it impossible for him to stand up and perform. He said: "I don't wanna swear… [Laughs] but it's fucked. It's actually fucked. Because this has been [going on for] seven years. I should have done this seven years ago. And now all the ligament is gone and all it basically is is bone rubbing against bone. And, oh my God, it's so painful some days, it's unbelievable. And through my mother, I caught osteoporosis [a progressive bone disease in which the bone density reduces over years] as well. When you get to a certain age. And [I can't be] buggered with that. [I'm like], sod this; I can't be dealing with it. So [fixing] the knee will make it a lot better." 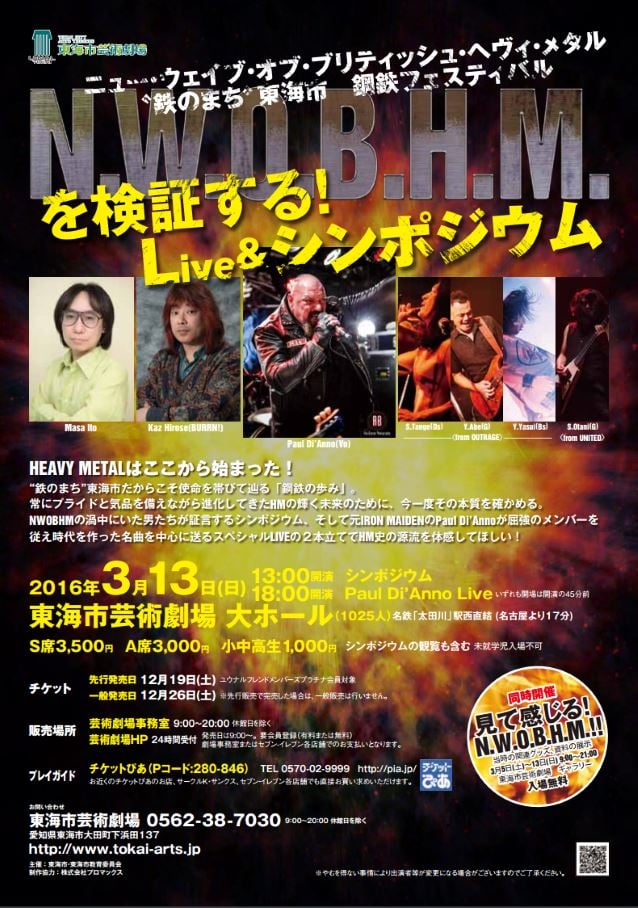