Said Wayne about the current trek: "I can't believe it's been almost 15 years to the day since 'Wisconsin Death Trip' was released, and in 1999 I never could have predicted all the love from all you Evil Disco followers for so many years.

"We are [playing] the CD top to bottom and it's… a blast to pull out some of the old tracks that I have not performed live in years, some that have never been played live, and, of course, all the songs that have become staples of my show.

"'Wisconsin Death Trip' is a rather short CD, so you can also look forward to a hefty encore that will be different every night! This is going to be insane!" 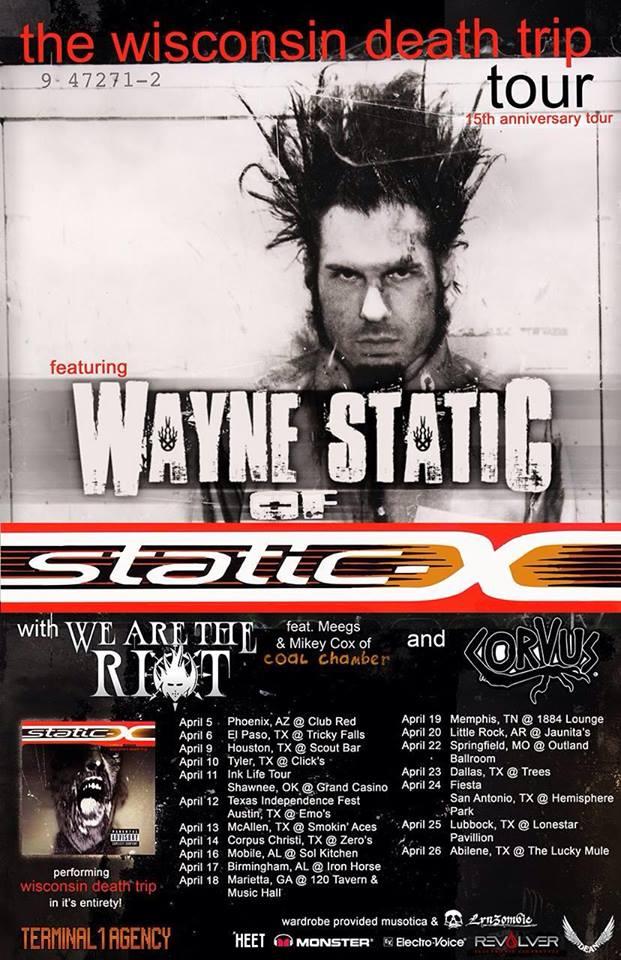