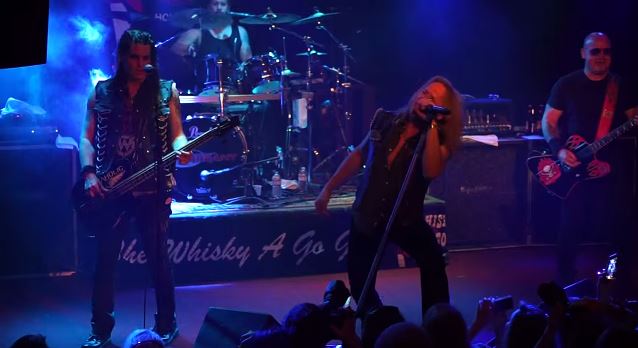 Video footage of WARRANT performing the song "D.R.F.S.R." on May 15 at Whisky A Go Go in West Hollywood, California can be seen below.

In 2011, the band released "Rockaholic", their latest CD, on iTunes, and their singles "Life's A Song" and "Home" videos received a huge amount of success, which prompted them to launch their 21st-anniversary "Cherry Pie" tour with FIREHOUSE and TRIXTER.

Former WARRANT singer Jani Lane suffered from "acute ethanol poisoning" when he died in August 2011 at a Comfort Inn motel room in Woodland Hills, California. The singer had battled alcoholism for years and also had a history of alcohol-related arrests. 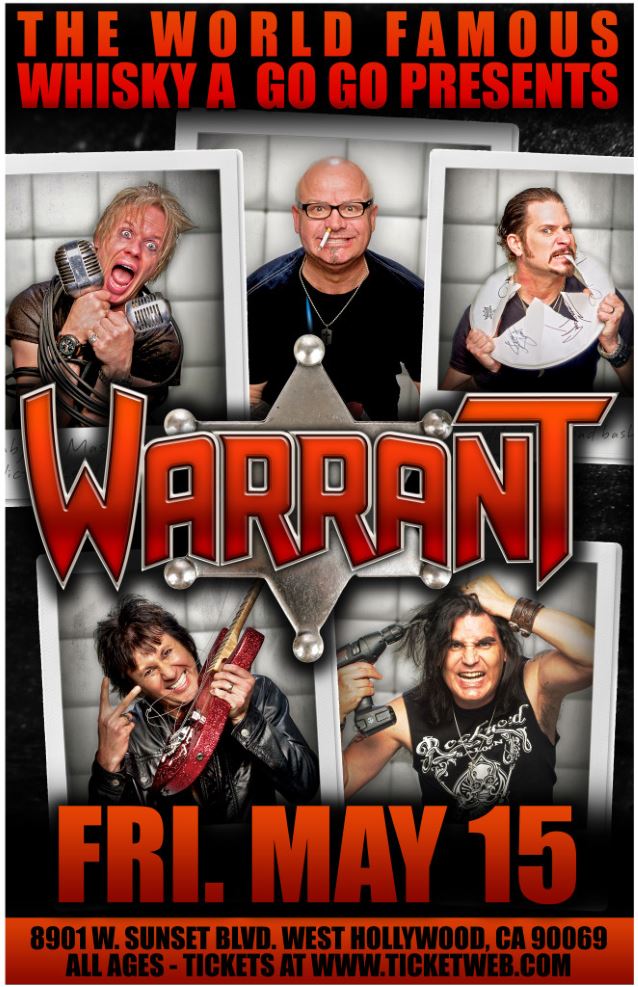