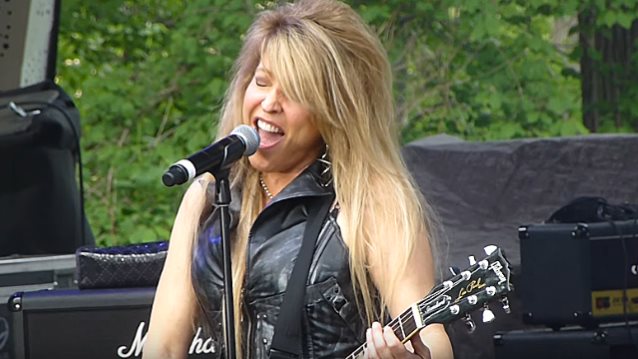 Fan-filmed video footage of VIXEN's April 29 performance at the M3 Rock Festival at Merriweather Post Pavilion in Columbia, Maryland can be seen below.

After discussing the idea with friends and family as well as lead vocalist from VIXEN's previous lineup, Jenna Sanz-Agero, it was agreed that it was the right decision for the three surviving definitive members to carry on as VIXEN.

Petrucci recently told Totally Driven Radio that VIXEN has "a bunch of demos" recorded for a possible new studio album but that the band is not yet ready to begin work on a new disc in earnest. She explained: "It's a timing thing. We've just gotta take the time and start buckling down and doing it. It's just that everybody has lives going on too, so between playing live and then everybody going back to their homes, which is all over the place… We'll get there. We'll get there. We're having a lot of fun, and we love doing the live stuff right now." 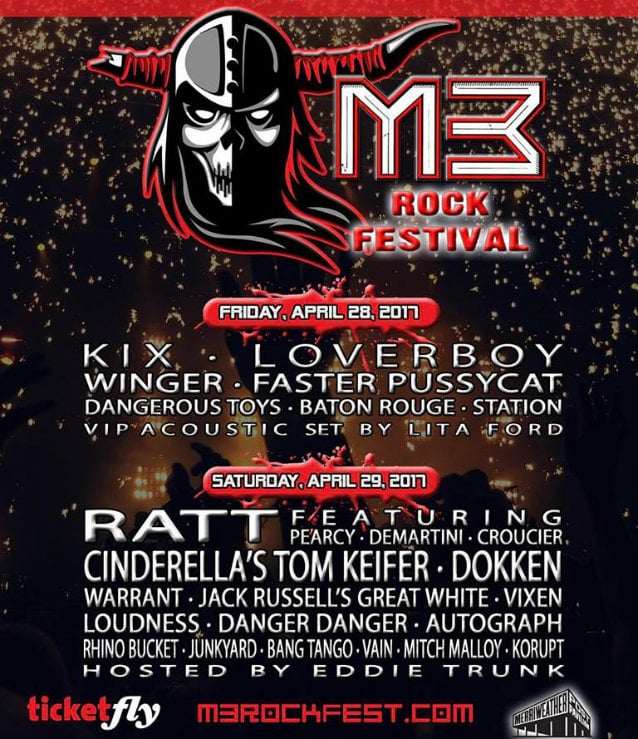