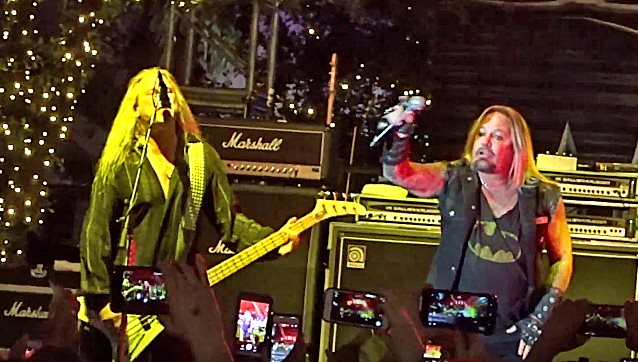 As part of the Downtown Grand's commitment to free live music experiences (which also includes the stages at Freedom Beat, the Grand Casino and Citrus Grand Pool Deck), this first-ever Free Memorial Day Weekend concert event showcased 3rd Street as the resort's newest and largest music venue. Set between the two hotel towers, 3rd Street was transformed by stage, lights and sound and Freedom Beat was serving up the burgers while Hogs & Heifers, Triple George and Pizza Rock ensured that no picnics would be missed. Additionally, craft beers and cocktails were served street-side and the Grand Casino hosted a special Blackjack Tournament where ten lucky rock stars got the chance to play one hand against Neil for a chance to win their share of $5,000 in cash.

Neil reiterated the fact that he doesn't mind performing in much smaller places with his solo band than he was accustomed to playing with MÖTLEY CRÜE. "I always look at it like the best of both worlds," he explained. "You know, we had the big, giant MÖTLEY stuff and everything, and then you've got… I like going out and playing… We do fifteen-hundred, two-thousand, three-thousand seaters and some festival stuff, and it's fun to go out there and just let the music do the talking, as the song goes. And I don't miss it. I like just going out there and just raw."

Even though Neil's solo set consists exclusively of MÖTLEY CRÜE material, he says that he tries to keep things fresh by occasionally throwing in "deeper" album cuts that many fans wouldn't expect to hear in a live situation.

"Like [the] songs 'Red Hot' and 'Piece Of Your Action', we didn't have [them] in the set for a long time, and then I was, like, 'Yeah, let's just go ahead and let's do this,'" he said. "Then we added 'Red Hot' and we stopped doing it for a while, and then we just added it again." 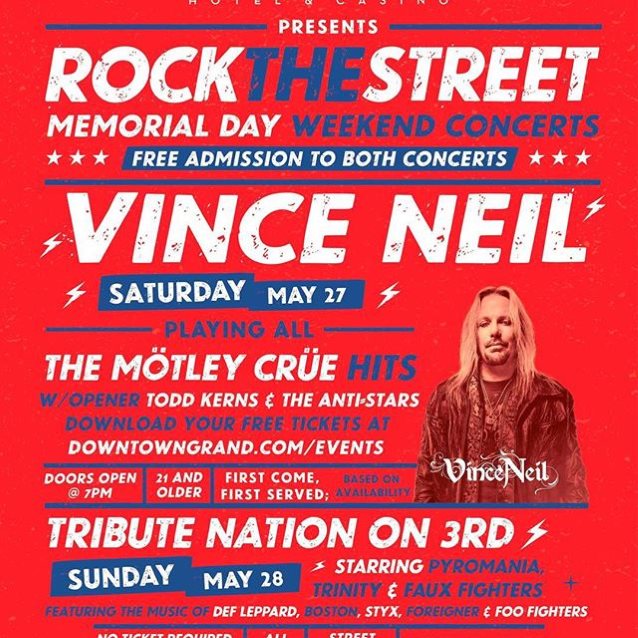