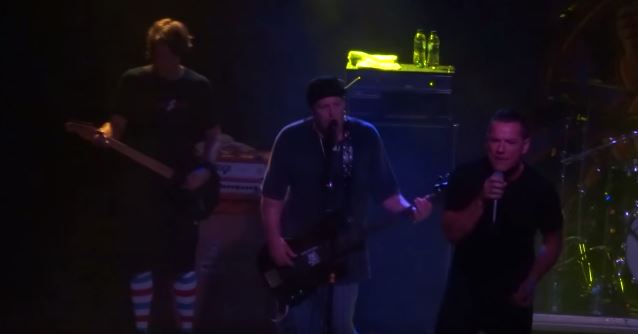 Fan-filmed video footage of UGLY KID JOE performing the band's new song "She's Already Gone" on September 18 in Nottingham, England can be seen below. The track is taken from UGLY KID JOE's new full-length album titled "Uglier Than They Used Ta Be", which will be released in North America on October 16 via Metalville/UKJ Records. The CD was recorded at JT Studios and Balance Studios in Louisiana with producer (and UGLY KID JOE guitarist) Dave Fortman (SLIPKNOT, GODSMACK, EVANESCENCE).

"Uglier Than They Used Ta Be" boasts a collection of well-crafted rock tunes, from the riff-driven "Let The Record Play" to the hard-hitting "She's Already Gone" and "Hell Ain't Hard To Find".

"It's a full circle of sorts," says Crane. "There was a lot of love and talent in one room and that is exactly what this album sounds like."

In addition to the nine newly written original songs, the album features a couple of cover songs, including RARE EARTH's version of "Papa Was A Rolling Stone", with Australian chart-topping vocalist Dallas Frasca lending her unmistakable vocals behind Crane, and the MOTÖRHEAD classic "Ace Of Spades", with a very special guest appearance from MOTÖRHEAD guitarist Phil Campbell, who lends his signature sound to the timeless track. Campbell also appears on the songs "My Old Man" and "Under The Bottom".

"Uglier Than They Used Ta Be" track listing:

UGLY KID JOE's most recent CD + DVD, "Stairway To Hell", was released in October 2013 via Metalville. The set contained the band's latest EP, "Stairway To Hell", which was originally released independently in 2012, plus three bonus acoustic tracks and a special bonus DVD, including the 2012 Download festival concert, two new video clips and a "making-of" segment.

UGLY KID JOE released three full-length albums and toured extensively throughout the 1990s before disbanding in 1997. 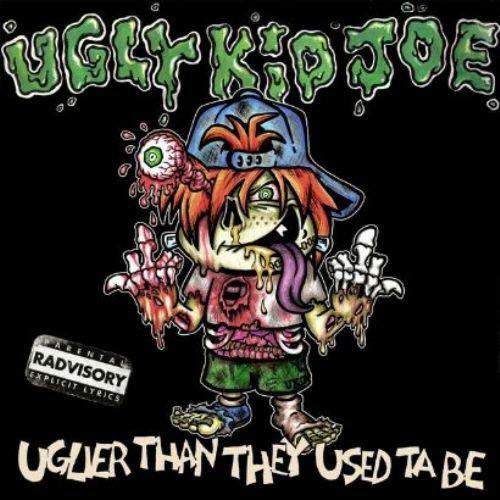