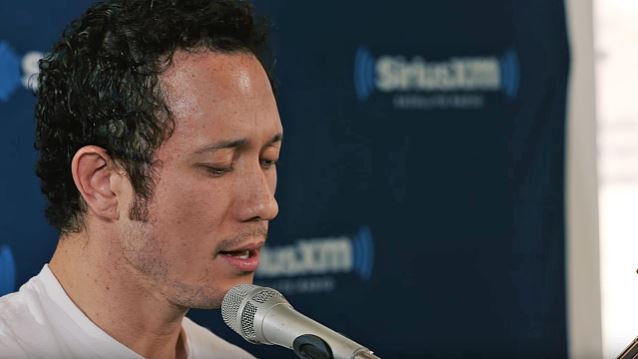 Video footage of TRIVIUM frontman Matt Heafy performing an acoustic cover version of SOUNDGARDEN's "Black Hole Sun" live in the SiriusXM studios can be seen below.

TRIVIUM and 5B Artist Management have partnered with Cooking Vinyl to re-release the band's 2003 debut album, "Ember To Inferno", along with a deluxe edition that includes 13 additional tracks that have never been previously available yet have earned evasive legend status among the diehards, on December 2. It's a true treasure trove of material that will delight the staunchest TRIVIUM fans and beyond.

TRIVIUM's latest album, "Silence In The Snow", was released in October 2015 via Roadrunner. The follow-up to 2013's "Vengeance Falls" was produced by Michael "Elvis" Baskette (SLASH, ALTER BRIDGE, THE AMITY AFFLICTION) and was mixed by Josh Wilbur (GOJIRA, LAMB OF GOD).