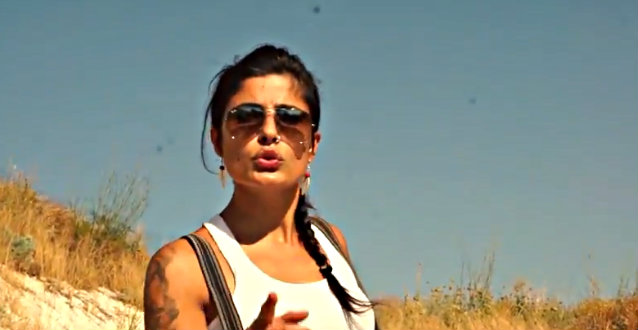 Italian singer Mariangela "Mary" Demurtas of Norway's TRISTANIA and Italian guitarist Francesco Marras' (SCREAMING SHADOWS) have released a video for their acoustic cover version of the FAITH NO MORE song "From Out Of Nowhere". Check it out below. The clip was directed and edited by Luigi Marras in Sardinia in August 2013.

Demurtas joined TRISTANIA in 2007 and is featured on the band's sixth album, "Rubicon", which came out in August 2010 via Austria's Napalm Records, and the group's follow-up CD, "Darkest White", which arrived in May (also via Napalm).