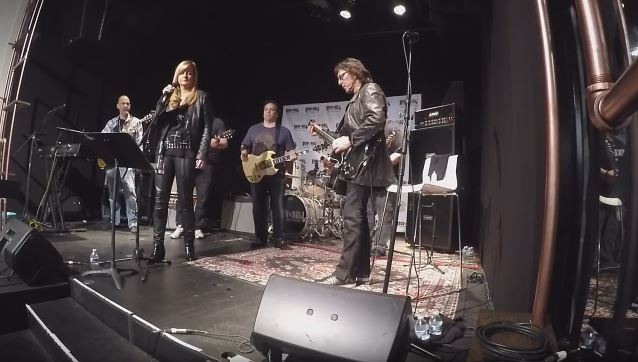 Video footage of legendary BLACK SABBATH guitarist Tony Iommi performing the band's classic song "Into The Void" with several campers at last month's Rock 'N' Roll Fantasy Camp in Los Angeles can be seen below. Also taking part in this installment of the Rock 'N' Roll Fantasy Camp, which was held February 11-14, were Steve Vai, Warren Haynes, Zakk Wylde and drummer Carl Palmer. The weekend culminated with campers and their bands performing at the Whisky A Go Go on the Sunset Strip.

David Fishof is the founder and creator of the famed Rock 'N' Roll Fantasy Camp where rock dreams become reality. The idea came to him after years of producing rock tours throughout the word. He's been honored to work with veteran rockers Roger Daltrey, Joe Walsh, Ringo Starr, Todd Rundgren, Gene Simmons, Dr. John, Randy Bachman, and so many more. He feels fortunate to have seen their talent first hand. David's desire to share this experience with you, gave him the inspiration to produce the one-of- a-kind Rock 'N' Roll Fantasy Camp. 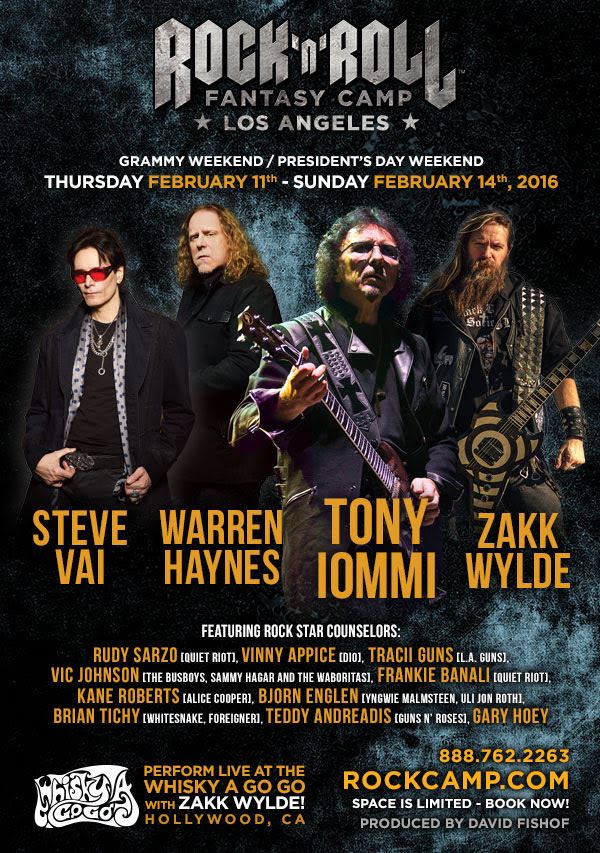