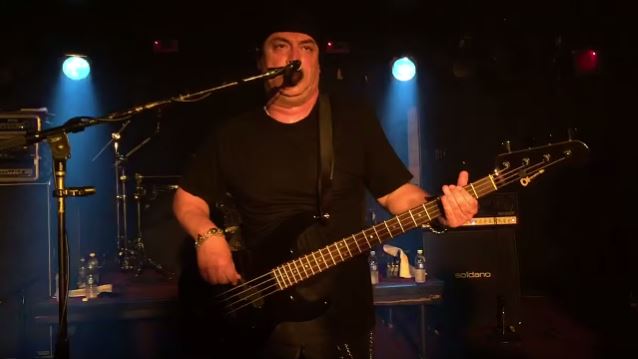 RATT'S JUAN CROUCIER, the new project featuring Juan Croucier (RATT), Pete Holmes (BLACK 'N BLUE), Mike Moore and Toni Aleman, made its live debut this past Thursday, September 24 at the Token Lounge in Westland, Michigan. Fan-filmed video footage of the concert can be seen below.

Having solidified the core of RATT'S JUAN CROUCIER (lead vocals, bass and drums), Juan and Pete set out to find the right guitar players for the group. After extensive auditions resulting from hundreds of submissions, they found two very talented guitar players in Mike Moore and Toni Aleman. Sharing the same passion, commitment and vision, they have been diligently rehearsing a set of over eighteen songs.

"We have left no stone unturned," said Croucier. "We've been working long and hard. It's all about the live show. We take this very seriously. Mike and Toni are simply killing it! There is a unique chemistry between the members of this band that is often so elusive. Our attention to detail has culminated in a fresh, energetic and modern twist on RATT's classic catalog of songs. I believe that anyone who loves RATT will really enjoy this band too. I can't wait to get out there and bring it to the people. After all, they are the ultimate judges of our art."

RATT guitarist Warren DeMartini yesterday released a statement to BLABBERMOUTH.NET explaining that that he was "totally against" his bandmate Bobby Blotzer's decision to use the RATT name for the drummer's "tribute band" and is taking steps "to prevent any further misuse" of the brand.

Blotzer announced on Wednesday (September 23) that he was taking control of the RATT name and was planning to hit the road with a new version of the group, which played shows earlier in the year under the name BOBBY BLOTZER'S RATT EXPERIENCE.

WBS, Inc., the company which owns the RATT brand, was originally formed by Blotzer, DeMartini and singer Stephen Pearcy. Pearcy lost his share of the name in court after splitting with the group in 2000. He returned to the band in 2006 but exited again last year. Blotzer has since expressed his desire to keep RATT alive with a new singer, but explained that DeMartini did not want to tour as RATT without Pearcy.

In an exclusive statement to BLABBERMOUTH.NET, DeMartini said that he did not have any objections to Blotzer performing RATT's music with other musicians, but made it clear that he did not want the drummer to "solicit his tribute band as RATT."

"Back in March, Bob Blotzer phoned me and said he wanted to form a RATT tribute band and call it something like '…RATT EXPERIENCE.' I suggested he not use RATT in the title and call it something like BOB'S CELLAR as RATT's debut record, 'Out Of The Cellar', has rounded its third decade. He said something to the effect that he wanted to use RATT in the title 'like JASON BONHAM'S LED ZEPPELIN EXPERIENCE.' I said I had no problem with him playing songs he recorded with RATT, but I didn't agree to him using the name in the title. He used it anyway.

"Now he is soliciting his tribute band as RATT which he is completely unauthorized to do. I am totally against it, and steps are being taken to prevent any further misuse of the name as well as representation about future RATT performances."

Shortly after announcing the formation of BOBBY BLOTZER'S RATT EXPERIENCE in March, Blotzer posted a message explaining that while he "had the right to go out and tour as RATT, [he] would not consider that." He added: "This is not RATT, but a chance to go out a tour with complete familiarity in our music for you, the fans of RATT and myself humbly… After five years of us not touring, I'm bored and I want to play our songs that we all wrote and created. It ain't RATT, okay, but I'm confident after you see my band playing Ratt N Roll music, you'll agree that it kicked your asses, and you walk out with a good buzz on and in your ears when we start rollin' up on your town." 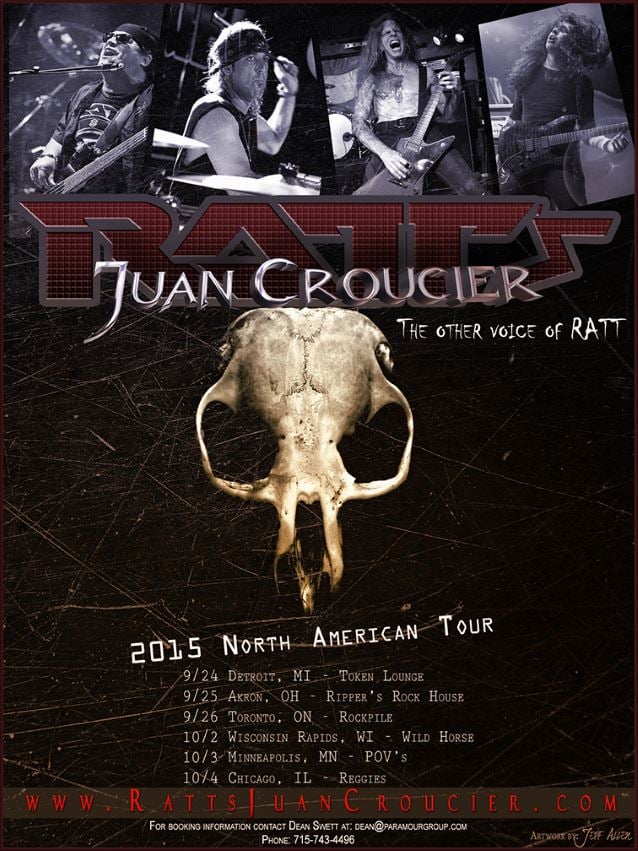