Fan-filmed video footage of the December 19 concert of this year's Christmas Metal Symphony European tour at Incheba Arena in Prague, Czech Republic can be seen below. 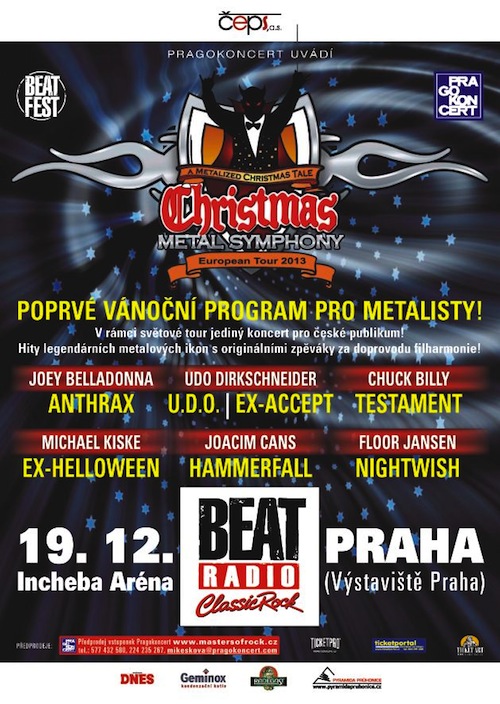