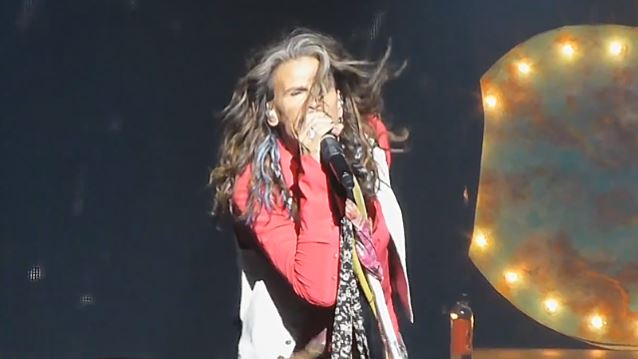 Fan-filmed video footage of Steven Tyler's July 10 performance at Orpheum Theatre in Vancouver, British Columbia, Canada as part of his "Out On A Limb" solo tour can be seen below.

"Out On A Limb" is a 19-city run that finds Tyler appearing at intimate venues with a Nashville-based backing band, LOVING MARY.

"The last time we did small venues was at the end of that first run of AEROSMITH, about '81, '82, '83," Tyler told Rolling Stone. "We started going down, the band started breaking up. . . [But] I always loved them. I prefer them. I like to look out and everybody's close, as opposed to [a crowd of] 20,000 when there's the barricade and they keep everybody back, going, 'We need a fire lane!' I'm going, 'What the fuck? I can't see or feel the people.

"It's a very living-room thing to play small venues, it's a little more personal," he continued. "I get to talk to people and be up-close and personal, and tell them how the music business is a dark trench, a dark, dirty, money trench. [Laughs] And talk about where I get my inspiration from and talk about the new songs on the record and get to play, finally, songs that we couldn't because the record will be out by then." 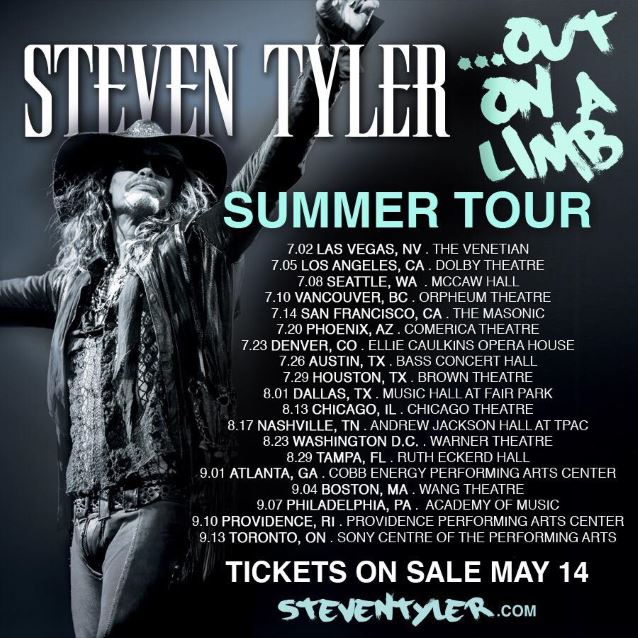