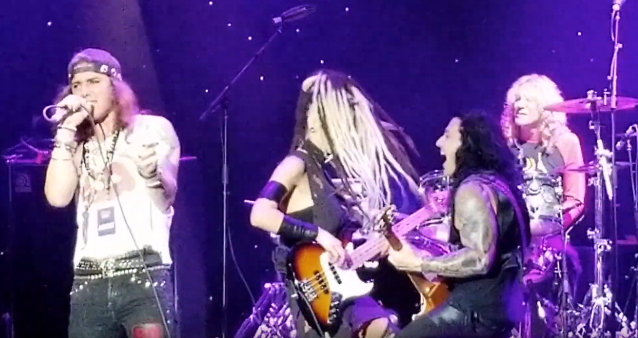 Fan-filmed video footage of Steven Adler's December 28 performance at Whisky A Go Go in West Hollywood, California can be seen below. Joining the former GUNS N' ROSES drummer in his group are Ariel Kamin, the singer of Argentinian GN'R tribute band SON OF A GUN, plus guitarists Michael Thomas and Alistair James, and bassist Tanya O Callaghan.