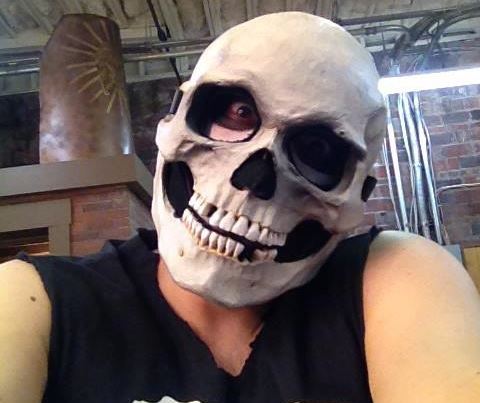 Guitarist Marc Rizzo of SOULFLY and CAVALERA CONSPIRACY made his live debut with the MISFITS at the Dutch Comic Con on March 28 in in Utrecht, The Netherlands. Fan-filmed video footage of the concert can be seen below.

Said Rizzo: "I'm super stoked to [be] playing guitar in one of my favorite bands, the MISFITS!"

New Jersey native Marc Rizzo embarked on his first U.S. solo tour in 2007. He released two solo albums with Shrapnel Records in 2006 and 2007, titled "Colossal Myopia" and "The Ultimate Devotion", respectively. In 2010, Marc issued his latest album on his own Phlamencore Records, titled "Legionnaire".

Rizzo has been endorsed by the likes of Peavey, Yamaha and B.C. Rich, and had a B.C. Rich Stealth Pro seven-string signature guitar available for public purchase.